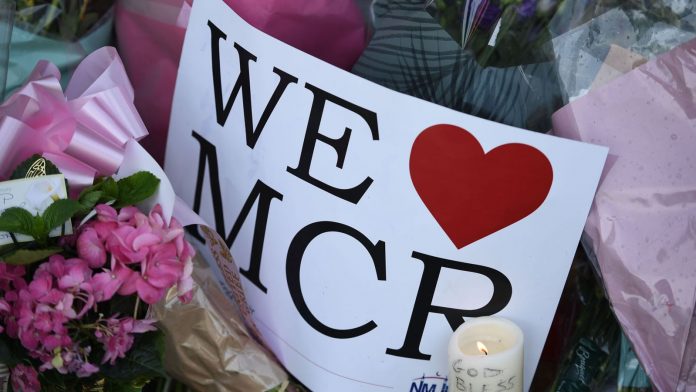 Agnes Bergman was with her daughters Emma and Lily when Salman Abedi detonated an improvised bomb carried in a backpack at the entrance to Manchester Arena, killing himself and 22 other adults and children.

Here, as a mother to children who are still affected by what they saw, she describes her anger at Boris Johnson’s comments comparing Theresa May’s Brexit strategy to a “suicide vest” wrapped around Britain:

We came out after the first encore to beat the traffic and were at the last steps of the Dutton street exit – less than 100 metres away – when the bomb went off.

It didn’t sound like a bomb at all. It was like an echoey sound of something heavy falling over.

There was a second’s silence before we heard screaming from deep inside the building and then the crowd surged forward. I had to hang on to my girls for them not to be swept away.

One of my daughters got very scared. My husband was on his way to pick us up but she didn’t want to go towards the main road to join him. She kept pulling me back and said “Mum, am I going to die?”

I will never forget the fear in her eyes and her words. We saw abandoned children’s shoes on the floor and a girl with a bloodied face being helped by another.

As we were driving away we saw people being tended to on the side of the road by others and arena staff.

I think Mr Johnson used the image of a suicide vest carelessly and without any thought.

He has said many racist things and, yet, he gets away with it scot-free.

But it is not untypical. The Bullingdon Club establishment, of which he is a member, is too strong and they will close ranks and protect him like they have done before when he has made other inappropriate remarks, about dead bodies being cleared away in Libya, piccaninnie watermelon smiles, and so on.

We are living in extraordinary times and not in a good way. Politicians are seriously entertaining the idea of civil unrest and army rations if there is a “no-deal” Brexit.

We were lucky to have escaped the bombing.

But I have not stopped feeling very guilty because so many lost their lives.

As a mother of two daughters who just about escaped the MEN Arena bombing, who are still suffering the effects, I resent Boris Johnson’s casual and careless use of words “suicide vest”, just for political propaganda.

He is not fit for public office.