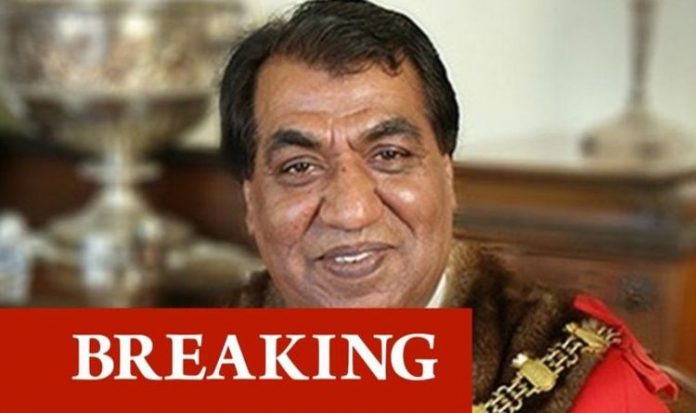 Cllr Iftakhar Hussain stepped down after being slapped with a £200 fine for visiting a house where people were “celebrating a wedding”. Lancashire Police said nine people were fined after being found at an address on Dukes Brow, Blackburn, at around 9pm on Saturday. The Mayor has since resigned over the “error”, according to the BBC.

His resignation came after town hall conduct bosses in Blackburn lauched an investigation into the incident.

Up to 30 people are believed to have been present at the wedding party.

In a statement, Cllr Hussain said he regretted his “lapse of judgement”.

He said: “Given recent events I have taken the decision to step down from my position as the Mayor of Blackburn with Darwen with immediate effect.

“I do not want to make any excuses. I regret the momentary lapse of judgement.

“I should have known better and I accept full responsibility for my actions.

“Being appointed as the Mayor of Blackburn with Darwen during these unprecedented times has been challenging but an honour. It was a proud moment for me and my family.

“Today I am giving this up to protect the reputation of the borough.

“I hope my actions will serve as a reminder to the people of Blackburn with Darwen of the importance of following the Covid-19 guidelines as it remains a real and serious threat.”