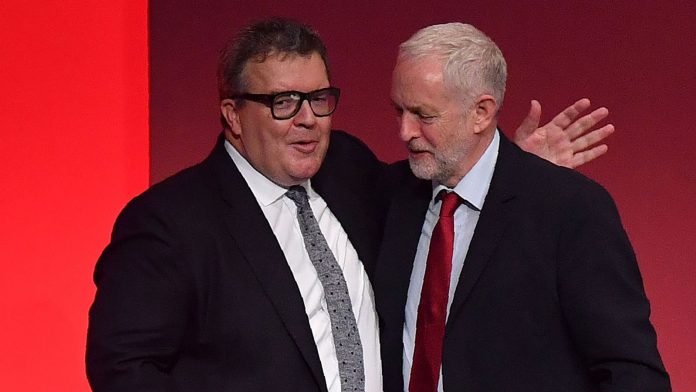 Tom Watson has expressed surprise after being hit with calls to resign over his intervention on anti-Semitism within Labour.

The party’s deputy leader faced demands to quit on social media after challenging Jeremy Corbyn’s handling of the deepening row within Labour.

Mr Watson admitted “it sometimes feels like people have been calling for me to stand down from day one”, but added that he never saw it happening “for standing up for people who are facing prejudice and hate”.

On Saturday, he warned the party will “disappear into a vortex of eternal shame and embarrassment” unless it resolves its difficulties over anti-Semitism.

He told The Observer that Labour should adopt the International Holocaust Remembrance Alliance definition of anti-Semitism in full – something Mr Corbyn is still refusing to do.

And he suggested investigations into MPs Dame Margaret Hodge and Ian Austin be dropped.

The comments sparked fury among Labour activists, who turned the hashtag #ResignWatson into a top trending topic on Twitter as they vented their anger and called for the deputy leader’s resignation.

“Does he ever actually talk about, you know, party policies?”

In response, Mr Watson tweeted: “This is a lie. And damaging. Please remove it.”

Later, Mr Bastani tweeted: “I’m told by multiple sources that Tom Watson did interview attacking the leadership because he didn’t get speaking slot he wanted at conference.”

“Power reveals. In this case it has revealed myopia and sectarianism at the top, betraying Labour’s history and failing the needs of the country.”