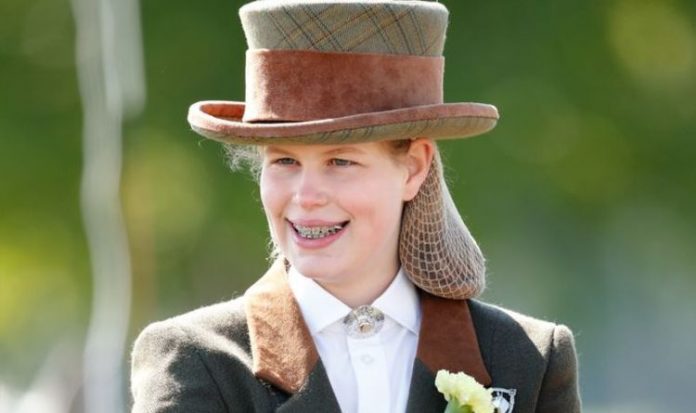 Students across the UK are heading back to school after more than five months off due to the coronavirus pandemic. Lady Louise Windsor, 16, daughter of the Earl and Countess of Wessex, will be among them. But, this year marks an important milestone for Lady Louise Windsor, who, after receiving her GCSE results, will be moving on to the next step academically.

The teenager will begin working hard as she embarks on a two-year course to complete her A-Levels.

In a rare interview, Lady Louise’s mother, Sophie Wessex, opened up about her daughter’s education.

She said: “She’s working hard and will do her A-Levels.

“I hope she goes to university. I wouldn’t force her, but if she wants to. She is quite clever.”

Like thousands of students across the UK, Lady Louise was preparing to take her GCSE exams at her Ascot school, before they were cancelled due to the pandemic.

Instead, GCSE results were allocated based on grades predicted by schoolteachers.

Lady Louise’s results were not made public, with Buckingham Palace saying the youngster’s grads were a private matter.

James, Viscount Severn, 12, and his older sister Lady Louise, have mostly grown up out of the public eye.

“They have them and can decide to use them from 18, but I think it is highly unlikely.”

Sophie also recent revealed that Louise and James had no interest in social media, admitting: “At the moment, my children aren’t into social media.”

Prince Edward’s wife added: “However, it is here to stay, so it’s important for them to understand it and for us to equip them with the tools to navigate it successfully.

“Again, I think openness is one way families can support their teenagers.”

Stressing the importance of a strong family network, she said: “If children feel they can discuss issues and worries with their parents, without fear of them, or their friends, being judged, this may give opportunity to help them with what can be a complex and very pressured area.

“It is so important that young people have adults in their lives who support and affirm them.

“Particularly when the virtual world can be, at times, unkind.

“Young people need to know they can trust someone with a problem, be that a person directly involved in their life, or, of course, Childline is always there for them.”