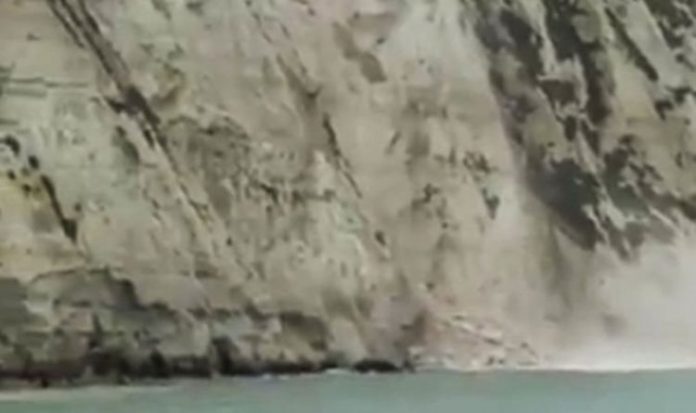 Thousands of tonnes of chalk fell into the sea on Wednesday afternoon in the third collapse recorded from the White Cliffs of Dover. In 2012, a huge collapse sparked residents and tourists to the cliff edge to observe the damage. This lead the Coastguard to issue a warning against sitting or standing on the overhang.

A spokesman for Getlink, which owns the Samphire Hoe and the nearby Eurotunnel terminal, told KentOnline: “It looks as if it was filmed from the sea wall at the Hoe, but the part of the cliff which has fallen into the sea isn’t actually part of the Hoe itself, so has had no impact.”

The collapse is suspected to have been caused by a combination of high winds and rain freezing after being absorbed into the chalk and then expanding, causing the cliff to weaken.