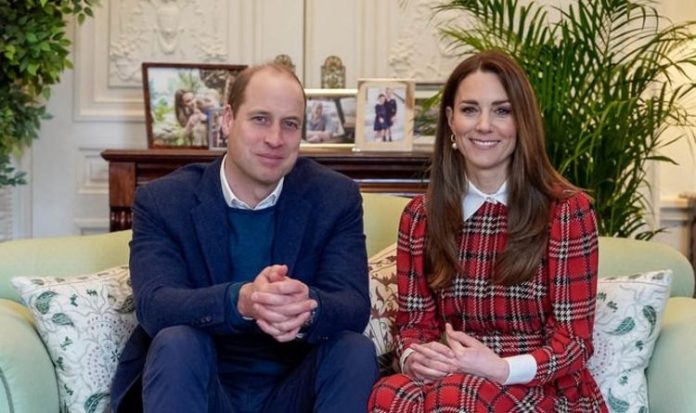 The Duchess of Cambridge, 39, is claimed to turn to her mother Carole Middleton for help and guidance with her children which has reported in some tension between both sets of grandparents. Royal expert Tom Quinn revealed that Prince Charles was “shocked and saddened” that Kate and William chose to have their country home far away from him. According to the Channel 5 documentary, When the Middletons met the Monarchy, Charles was “left out in the cold”.

Royal expert Jenny Bond said: “There is a little tension sometimes about who gets to see the grandkids most.

“Catherine will always turn to Carole for help, advice, guidance and just get togethers with the kids possibly before she would get together with Camilla and Charles.”

Mr Quinn added: “He was shocked and a little saddened that William and Kate decided that their country house should be in Norfolk, a very long way from Highgrove in Gloucestershire.

“It sort of left him slightly out in the cold.”

It comes as as a royal expert suggested Kate may not become Queen Consort with William if Camilla is made Princess Consort with Charles.

On the topic of whether the Duchess of Cornwall would receive the Queen title when Charles becomes King, Ms Koenig said it would be a “terrible precedent” if she was only a princess.

Speaking to Express.co.uk, the royal expert said: “There’s no law, it is a tradition that the wife of the King is the Queen.

“I find it personally ridiculous. I think it would sort a terrible precedent for example if Camilla is Princess Consort then why should Catherine be Queen consort?

“As time goes by, I think we should just accept that she is his wife.

“She has done an amazing job taking on different charities and patronages.

“Why should she just be treated as his equal?

“I have no problems with that and I think that’s how it should be.

“He’s not the first King in history to have a second wife.”