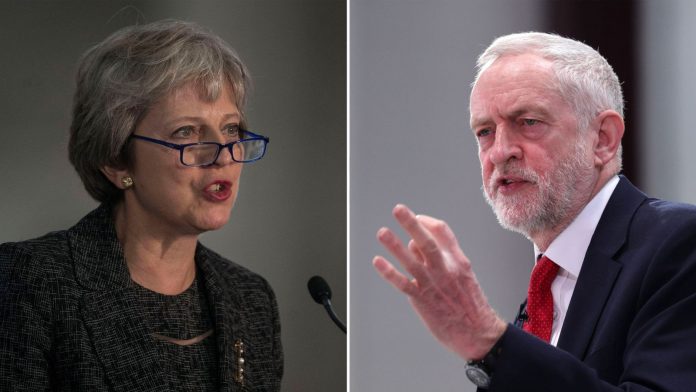 Eight in 10 (81%) Britons think politicians usually try to avoid answering voters’ questions, with just 8% saying they try to answer them.

Likewise, eight in 10 think that British politicians are in general “untrustworthy” (82%), “dishonest” (81%) and have little or no respect for the average voter (82%).

Televised head-to-head debates between party leaders who are most likely to be prime minister are seen as part of a solution to the breakdown in relations between politicians and the people they represent.

Some 46% of Britons say they would have more respect for a politician if they took part in such debates, with 9% saying they would have less respect and 40% saying it would make no difference.

On the other hand, declining to take part in such debates could be damaging – the British public being less likely to trust and respect political leaders who do so, and feeling it shows a lack of respect for voters.

Half of voters (50%) would have less respect if leaders declined to take part in a televised leaders debate, compared with 11% of voters who would have more respect.

In the same scenario, 49% of voters would have less trust for politicians, while just 6% would have more trust.

And 47% of voters would feel a politician was showing disrespect for voters if they declined to take part in a televised leaders debate, compared with 6% who would feel they were being shown more respect.

Debates would have the greatest impact among young voters, who have traditionally been less politically engaged and less likely to vote.

Six in 10 (61%) of voters aged 18 to 34 would have more respect for a leader who took part in a televised debate, compared with 46% of people overall.

Sky Data interviewed a nationally representative sample of 1,466 Sky customers online between 20-23 July 2018. Data is weighted to the profile of the population. Sky Data is a member of the British Polling Council and abides by its rules.