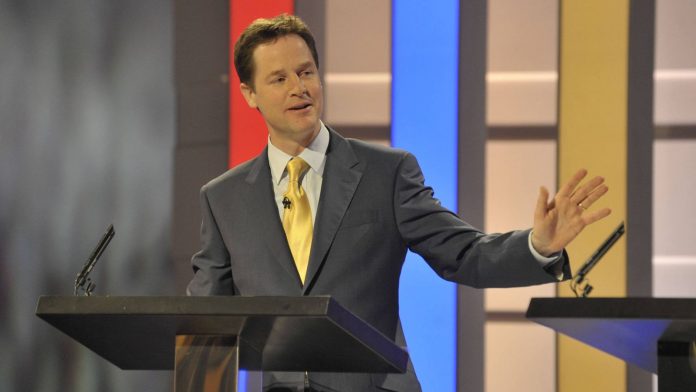 Sir Nick Clegg was one of three party leaders to be grilled by voters during live head-to-head TV debates ahead of the 2010 general election.

During the 2010 general election campaign, nearly 10 million viewers tuned in as David Cameron, Gordon Brown and I lined up against each other in the first televised leaders’ debate in British political history.

That debate, along with the two rematches which took place in the weeks that followed, were a defining feature of that election.

It seemed obvious to me, and no doubt to the millions of viewers, that this exciting innovation was here to stay.

In 2015, however, David Cameron did his best to wriggle out of any three-way leaders’ debate.

Conservative Party officials eventually signed up to a preposterous format which saw no less than seven party leaders fight it out for airtime on a crowded stage.

Still, at least Cameron turned up.

In 2017 Theresa May refused to take part in any form of TV debate at all.

On both occasions the electorate were denied a vital opportunity to scrutinise the people who were fighting for their votes.

That’s why, when this country next goes to the polls, the power to decide upon the format of any future televised leaders debates must be taken out of the hands of both the politicians and the competing broadcasters.

These debates should be an immovable part of a general election in this country and a key component of our democratic process.

That is why I warmly welcome Sky News’ call to Make Debates Happen. 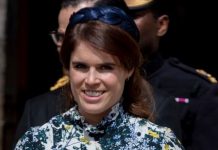 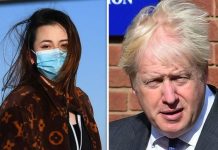