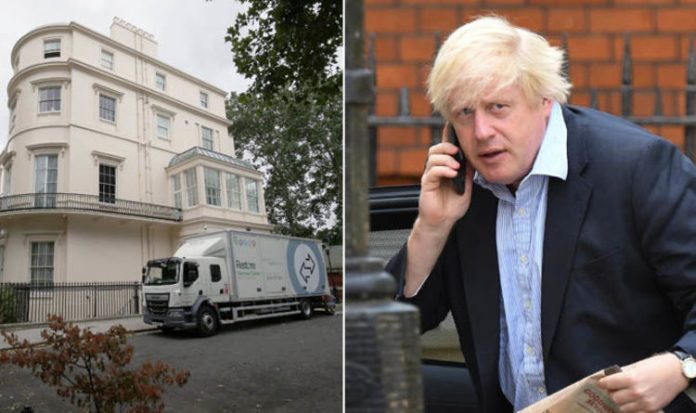 Three weeks after quitting in a row over Theresa May’s Brexit plans, his belongings were taken from One Carlton Gardens in central London.

A handful of protesters parked a van featuring the slogan Leave Means Leave Removals outside the residence.

Campaigners from For our Future’s Sake and Our Future Our Choice dressed up in overalls and brought cardboard boxes to the gates of the property.

Mr Johnson plunged the Government into crisis after he announced he was quitting on July 9 with a scathing denunciation of the Prime Minister’s Brexit blueprint.

But despite quitting, Mr Johnson and wife Marina – who was spotted taking out rubbish bags yesterday – remained in the official home not far from Buckingham Palace.

A Foreign Office spokesman said: “Former ministers are expected to leave official residences as quickly as practicable at the end of their tenure, taking into account their personal circumstances and family requirements.

“We can confirm there is no additional cost to taxpayers.”