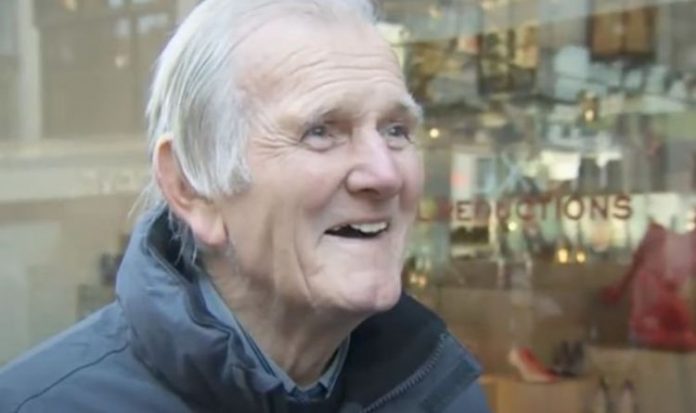 The clip re-surfaced after Liverpool FC fans The Anfield Wrap shared it on their Twitter account today and it has already sparked more than 192,000 views. In 2015, Stuart Flinders was talking to fans ahead of an Everton vs Liverpool match.

He stopped one man asking him if he remembered the 1967 Merseyside derby game.

To his surprise, he was actually talking to Liverpool’s former goalkeeper Tommy Lawrence who appeared in that very game.

Reporter Stuart Flinders asked him: “I’m just wondering whether you remember the derby match in 1967 at Goodison, FA cup, fifth round, and it was shown on a big screen at Anfield at the same time. Do you remember it?”

Tommy Lawrence replied: “That’s right, I played it in…I was the goalkeeper for Liverpool”

Sadly, Tommy Lawrence died three years ago in 2018, at the age of 77 but the heart-warming interview continues to bring so much joy.

The clip re-surfaced after Liverpool fans The Anfield Wrap shared the video today and tweeted: “Ahh this is never anything but a lovely moment to watch no matter how many times you see it.

A Twitter user replied: “One of my favourite videos, the way his eyes light up when he sees where the interviewer is going.”