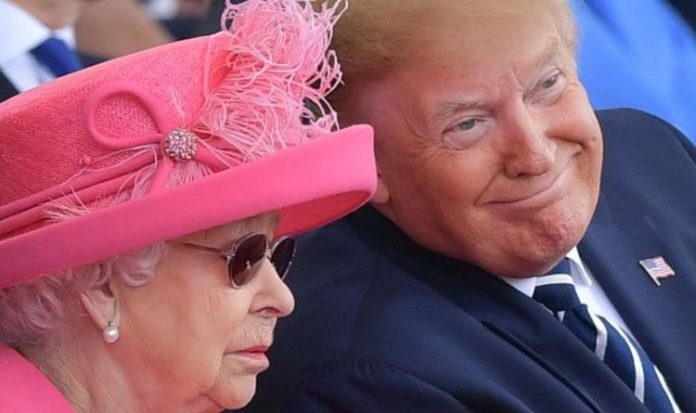 Joe Biden’s first meeting with the Queen is “set to be quite a big event”, according to a royal commentator. 9Honey’s Natalie Oliveri spoke about the possibility of the Monarch and new US President being able to visit each other this year. She stressed that Mr Biden was unlikely to make a similar “faux pas” that former leader Donald Trump suffered during his state visit.

Ms Oliveri told viewers: “Joe Biden is expected to travel to the UK in June for the G7 Summit.

“The Queen is said to be hosting the US President at Buckingham Palace along with the Prince of Wales, the Duchess of Cornwall and also Prince William and Kate.

“The last US presidential visit was, of course, Donald Trump in 2019.

“He made a major faux pas by walking in front of the Queen.”

She continued: “You always have to stay behind the Queen.

“But I don’t think we’ll be seeing any faux pas from Joe Biden.

“This is set to be quite a big event because of the coronavirus lockdown.

“It will be nice to see the Queen out and about again if this does happen.”

No one outranks the Monarch, so no one is allowed to walk in front of her.

This goes for the rest of the Royal Family too, including Prince Philip, who has to stay a few paces behind his wife.

However, Debrett’s noted that this rule is a bit less cut-and-dry when it comes to other heads of states from countries not affiliated with the Commonwealth.

It is not strictly required for an American president to let the Queen go first, but it is considered polite and often expected.