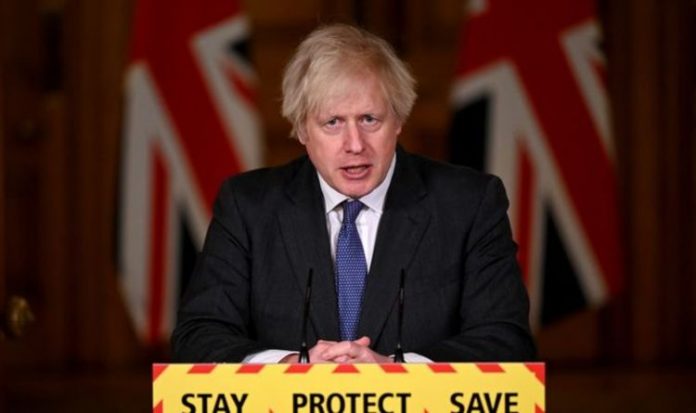 Coronavirus has been in the UK now for almost a year. Several lockdowns and almost 100,000 deaths later, despite botched efforts by the Government to control the spread of the virus, vaccines and lockdowns are now beginning to have an effect on the number of cases across the whole of the UK.

Case rates are down in every region, with most now at their lowest since before the start of 2021, latest figures show.

However, this is down from 770.6 a week earlier, and the lowest since the seven days to December 16.

Hope is on the horizon with millions of vulnerable people already on the way to being fully vaccinated against Covid-19 thanks to the herculean efforts of NHS workers and volunteers.

More than seven million people have now been given at least their first dose, with the Government hoping to have the key vulnerable groups inoculated by mid-February.

The seven-day rolling average of first doses given in the UK is now 358,724.

London continues to have the lowest vaccination rate in all of England, and the highest had been in the midlands.

As we slowly but surely move out of the pandemic, here is a breakdown of the key dates for all four nations of the UK for the next few months:

However, the Prime Minister could not guarantee that school pupils would return to classes before Easter.

Education Secretary Gavin Williamson is widely expected to confirm this week that there will be no return to the classroom after the February half-term break, as ministers had hoped.

February 22 – The earliest lockdown could be eased, accord to Mr Johnson’s original lockdown speech at the beginning of January.

He said: “I hope we can steadily move out of lockdown, reopening schools after the February half term and starting, cautiously, to move regions down the tiers.”

This also looks unlikely to be the date lockdown is lifted, with pushback likely to go well into March.

March 8 – This is the date immunity from the first round of vaccines – the most vulnerable groups listed above – will kick in, according to vaccines minister Nadhim Zahawi.

March 31 – The date current legislation for lockdown expires in England.

April 4 – Mr Johnson has said restrictions should be substantially lifted by this time – Easter Sunday.

He said: “I think we can certainly look forward to a very, very different world in this country, from Easter onwards.”

April 30 – All over 50s and at-risk younger groups should have been offered their first dose of a vaccine by this point.

This makes up some 17 million people across the UK.