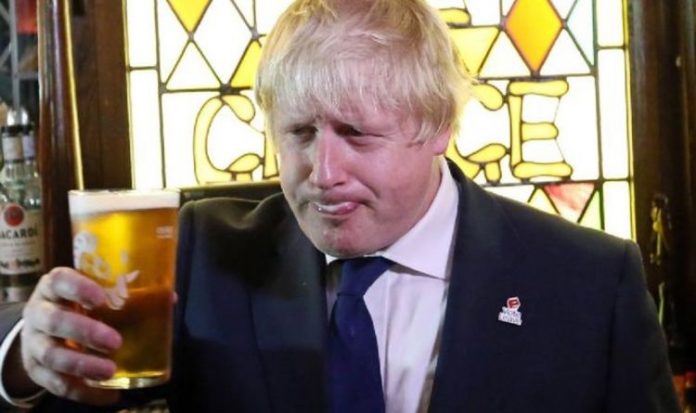 The hospitality sector will be allowed to serve drinks and food outdoors by early spring should Covid infection rates continue to fall. Originally the Government intended for pubs and restaurant to resume trading in May, with takeaway drinks being permitted from April. However, Covid infection rates have been decreasing rapidly over the past few weeks.

On Friday scientists confirmed that the official R rate is between 0.7 and 0.9.

This marks the first time that it has been below one nationwide since last July.

A Government source told : “We will hopefully be sipping pints in the spring sunshine sooner rather than later.”

Indoor mixing will only be permitted from May and some restrictions will apply throughout the summer.

These include the “rule of six” limits and the requirement to observe a two-metre distancing from others.

In further good news, the Government looks set to beat its ambitious target of vaccinating 15 million of the most vulnerable people before next week.

READ MORE: Covid vaccinations: Which areas have vaccinated the most people?

She refused to confirm whether schools will definitely reopen on March 8, though she acknowledged that was still the aim, data permitting.

She told Sky News: “On February 22, the Prime Minister will make a statement to the House of Commons where he will set out our roadmap to ease lockdown.”

The minister stressed that next week would be “critical” as scientists and ministers will meet to analyse all data gathered on the pandemic in the UK and abroad, before taking any final decisions.