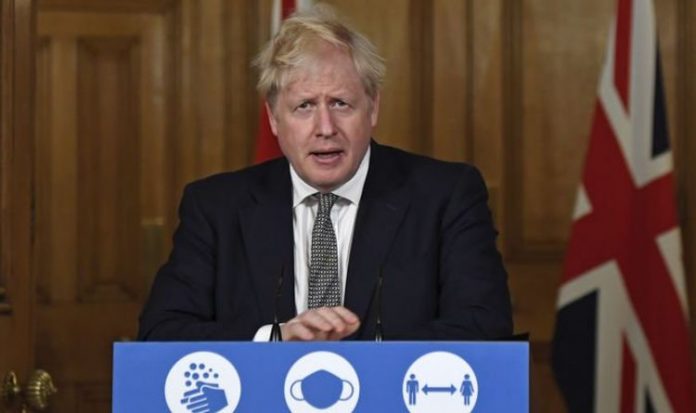 MPs will debate and vote on the new measures in England on Wednesday, with several Tory MPs signalling they are likely to rebel against the Government. Prominent Tory backbencher Peter Bone said he had not yet decided how to vote on the measures, saying he is “not convinced”.

He told BBC Radio 4’s Today programme: “At the moment, I have not been convinced that I should vote on Wednesday with the Government.

While former Tory minister Sir Desmond Swayne said it would take a “huge amount of persuasion for me to vote for this disastrous course of action”.

And former Cabinet minister Esther McVey said she would vote against them because the “‘lockdown cure’ is causing more harm than COVID”.While former Conservative leader Iain Duncan Smith said the lockdown was a “body blow” to the British people.

1922 Committee chairman Sir Graham Brady added: “If these kinds of measures were being taken in any totalitarian country around the world we would be denouncing it as a form of evil.”

A Government source told the Sunday Telegraph there was “enormous frustration” among MPs over Mr Johnson government’s handling of the COVID-19 crisis.

MPs will debate and vote on the new measures in England on Wednesday (Image: PA)

The rebellion comes as Mr Johnson will warn coronavirus deaths over the winter could be twice as high as during the first wave of the pandemic as he attempts MPs to back his plans for a second national lockdown.

The Prime Minister will use a statement to the Commons on Monday afternoon to say there is “no alternative” but to impose four weeks of stringent restrictions across England to control rising cases.

Mr Johnson, who had been due to address the CBI annual conference on Monday, will instead tell MPs the Government will “seek to ease” restrictions and return to the tiered system on December 2.

A Number 10 source insisted the measures would be “time-limited” for four weeks.

People will also be allowed to exercise and socialise in outdoor public spaces with their household or one other person (Image: PA)

The Prime Minister was forced to announce the lockdown – which comes into effect on Thursday – at a hastily arranged press conference in Downing Street over the weekend after details were leaked to newspapers.

The measures will see pubs, bars, restaurants and non-essential retail closed for four weeks, but schools, colleges and nurseries will remain open.

People will also be allowed to exercise and socialise in outdoor public spaces with their household or one other person.

The Prime Minister will seek to face down growing backbench unrest over the new restrictions when he tells the Commons there is no option but to impose them.

He is expected to say: “Models of our scientists suggest that unless we act now, we could see deaths over the winter that are twice as bad or more compared with the first wave.

“Faced with these latest figures, there is no alternative but to take further action at a national level.

“I know some in the House believe we should have reached this decision earlier, but I believe it was right to try every possible option to get this virus under control at a local level, with strong local action and strong local leadership.”

MPs will debate and vote on the new measures on Wednesday, with several Conservatives likely to rebel against the Government.

Labour leader Sir Keir Starmer said his party will vote in favour of the restrictions – making a Tory rebellion effectively symbolic – but he criticised the Government for not introducing the measures sooner.

Sir Keir said: “The lockdown now will be longer, it’ll be harder, we’ve just missed half-term and there’s a very human cost to this.”