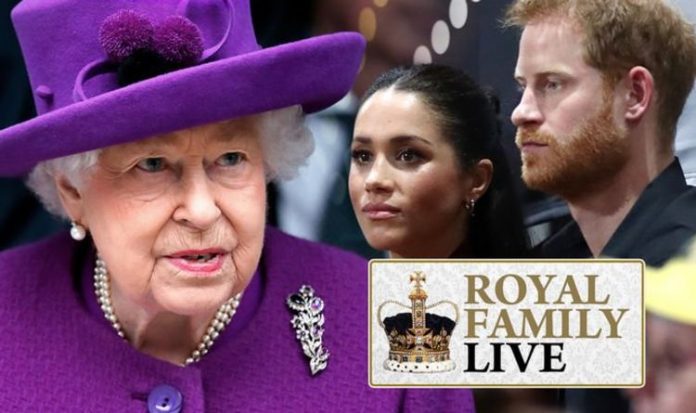 The Queen hopes to reunite her family with a group therapy session when they all get together for the Christmas holidays. She has reportedly summoned Meghan Markle and Prince Harry to join the festivities, to ensure any differences are reconciled.

But her plans to heal the rift may not be able to go ahead, if coronavirus restrictions prevent large gatherings.

A royal insider told Australian magazine New Idea: “The fact that the Queen is even considering something as New-Age as a family counselling session given how old she is, shows how bad things are.”

They added: “The Queen doesn’t trust that the Sussexes, Cambridges and Prince Charles will ever be able to sort out their differences on their own, so it’s time for professional help.”

But due to the coronavirus pandemic, large family gatherings are likely to be banned this Christmas.

England will enter a second national lockdown from Thursday November 5, which is due to end on December 2.

But Cabinet Minister Michel Gove said the lockdown could well be extended, prompting fears the country will not be out by Christmas.

Even if a national lockdown has ended by December 25, the Government could prevent large family gatherings and reinstate the Rule of Six.

A UK cabinet minister has said it was “too early to say” what the rules will be at Christmas.

8.35am update: Prince William faces angry backlash for COVID cover-up – ‘Can we trust anything he says?’

Prince William and his aides have shown “poor judgement” when deciding not to reveal to the public the Duke of Cambridge had been struck by coronavirus, royal author Robert Jobson said.

The royal commentator lashed out against Kensington Palace, accused of covering-up the real health conditions of the Duke in April.

Mr Jobson wrote on Twitter: “Prince William’s decision to LIE about contracting COVID-19 earlier – for whatever reason – is appalling.

“Kensington Palace were are asked several times by the media whether Prince William had contracted the virus and were told categorically ‘no’. This has created a serious issue of trust.

“If the Palace is prepared to LIE about an issue as serious as Prince William, second in line to the throne, contracting COVID-19 what else have they LIED about when questioned by the press and why should the media believe any denials going forward? This raises serious issues.”