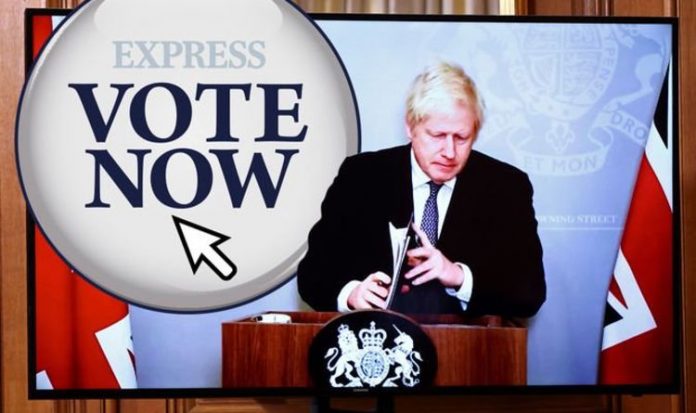 Boris Johnson’s scientific advisers have suggested the Prime Minister needs to introduce a tougher Tier 4 lockdown category, amid fears the current restrictions are not going far enough to bring the virus under control. Papers from the Scientific Advisory Group for Emergencies (SAGE) show the top experts have called for a “more stringent” approach to be implemented, to avoid a third national lockdown being ordered in the New Year.

The scientists also heavily critiqued the current tier system and suggested Tier 1 should be scrapped.

They argued Tier 2, which bans household mixing indoors, should become the “minimum intervention” across the country.

But they also stated the second tier was “barely adequate” to keep the virus under control.

The experts warned Tier 2 restrictions “slow growth rather than reverse it”.

As a result they have called for tougher measures to be introduced across England, including a new Tier 4.

The claims were published yesterday, in a document from the Scientific Pandemic Influenza Group on Modelling, Operational sub-group (SPI-M-O) dated November 11.

The document read: “Overall, early analysis suggests that the tiers system in England had an impact on viral transmission during the period it was implemented, with higher tiers having a greater impact.

“Tier 1 measures alone are not enough to prevent the epidemic from growing rapidly.”

The scientists said the R rate, the number of people someone infected with the virus passes the disease on to, dropped by a “modest” 10 percent when areas moved from Tier 1 to Tier 2.

JUST IN: Is lockdown failing? UK hit by most deaths since MAY

“A ‘Tier Four’ that guarantees a reduction in prevalence would be required in most places, if the prevalence is to be reduced.”

The scientists also express doubt over the effectiveness of Tier 3 measures, due to the differences in how it was implemented.

They said: “The implementation of Tier Three restrictions differed across the country with many places having measures beyond the “baseline” Tier Three.

“There are also many confounding factors that cannot be accounted for, including but not limited to: behavioural changes resulting from increases in prevalence irrespective of formal guidance, changing levels of population immunity, changes in local testing strategies and geographical distribution of different measures.”

Under the new rules pubs must shut their doors in Tier 3 areas except for takeaway and delivery services, while bars in Tier 2 areas can only serve alcohol alongside a substantial meal.

The Government will announce what tier areas are in on Thursday.

The Prime Minister warned that more regions “will fall at least temporarily into higher levels than before”.