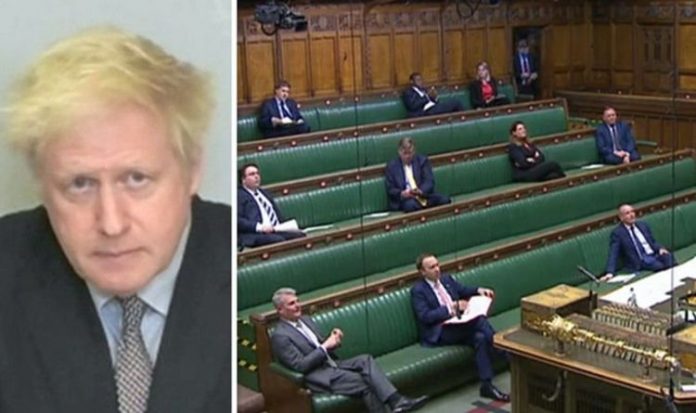 The Prime Minister announced earlier this week that the UK will leave lockdown into a stronger three-tier system, with tougher restrictions in place. Current coronavirus data shows much of the UK at risk of entering into tier two or tier three restrictions, which Tory MPs claim would serve as similar to another lockdown. It comes as the UK recorded a further 11,299 cases of coronavirus.

Sir Graham Brady, Tory MP for Altrincham and Sale West and chair of the 1922 Committee backbench MPs, has said he is likely to vote against the new restriction system.

He said: “My concern is that huge numbers of businesses particularly, but not exclusively, in the hospitality sector have been losing money under Tier Two already, and there is a very tight limit to how much longer they can go on doing that without seeing even bigger levels of unemployment, and, particularly, youth unemployment coming towards us.”

In a clear warning to the Prime Minister over the measures, he added: “The number of Tory rebels planning to vote against the tiered system next week is expected to be far greater than the 32 who voted against the national lockdown.”

Sir Desmond Swayne, Tory MP for New Forest West, also said: “The mood music seems to suggest that everybody is going up one tier – it’s going to be worse than before. We will have gone from lockdown to lockdown by another name.”

One rebel source told the Daily Mail close to 100 Tory MPs have raised concerns about the new tier system, which are expected to last until April next year.

Other sources told the Guardian that around 70 MPs are considering breaking party ranks to vote down the new tier system next week.

In an effort to quell fears, Mr Johnson is expected to speak to the 1922 Committee to get them onside.

But a former minister also piled on pressure on the Government over the proposed new measures, and said to the Guardian: “There will be a lot of Conservatives who will rebel for the first time this time round.

“It only takes 40 for the government’s majority to fall and we had 38 at the last vote .”

Mr Johnson warned on Monday that “many more places will be in higher tiers than was previously the case”.

But Downing Street has rejected suggestions the new tier system is another form of lockdown, citing non-essential businesses being allowed to open their doors.

Mr Johnson’s spokesman also defended tougher restrictions for areas with high infection rates, saying ministers accept that “given the need to suppress the virus, there will be more areas in higher tiers”.

Health Secretary Matt Hancock also said he remained hopeful the new system would prevent the need for a third lockdown.

Regions in tier two will be forced to prevent indoor household mixing, with pubs and restaurants only allowed to serve alcohol with a “substantial meal”.

Tier three areas will see all hospitality services closed except for takeaway, and indoor venues closed.

It comes as the UK’s daily cases to drop, with yesterday bringing 11,299 new cases but 608 new deaths.