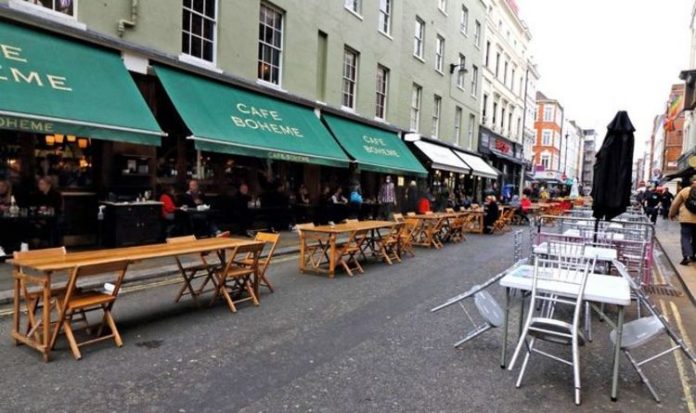 Like areas in the north and Midlands, parts of the south of England may soon be placed into further lockdown restrictions as cases rise rapidly. These fears come after the findings of the latest REACT study conducted by Imperial College London and Ipsos MORI were published. According to the data from October 16-25, the prevalence of coronavirus has more than doubled since the last round of testing conducted between September 18 to October 5.

Not only has the prevalence doubled across the country but the study also estimated the infection rate in London, the South West and South East, was around two.

The R-rate is the amount of second-hand infections and needs to be kept below one to reduce the virus – the UK Government estimates England’s R-rate between 1.2-1.4.

In contrast, the REACT study predicted the R-rate to be at 1.56 with infections doubling every nine days.

The previous week, the number stood at 111 while there were are also 91,498 cases reported in London as of yesterday.

Due to this, Government sources told Politico it is “when rather than if” London will be placed into Tier 3.

Speaking on Sky News, Communities Secretary, Robert Jenrick refused to rule out further restrictions to the capital when asked.

He said: “We haven’t taken those decisions.

JUST IN: London lockdown: Jenrick grilled over plan to move capital into Tier 3

“We’re also detecting early signs that areas which previously had low rates of infection are following trends observed in the country’s worst-affected areas.

“Now more than ever we must all work together to curb further spread of the virus and avoid subsequent overwhelming of the health service.”

The REACT study now predicts the number of infections reported daily to be 96,000.

Currently, London is in Tier 2 of the Government’s three-tier system.

This means you must not socialise with anybody outside of your household or bubble in any indoor setting.

You must also not socialise with a group of more than six outside while businesses are required to ensure customers only consume food and drink while seated, and must close between 10pm and 5am.

Meanwhile, under Tier 3 restrictions, you must not socialise with anybody you do not live with indoors or most outdoor hospitality venues.

Pubs and bars must also close unless they operate as a restaurant.

London Mayor Sadiq Khan, who has backed a nationwide lockdown has warned the capital’s residents will face a tough winter.

He added: “Nobody wants to see more restrictions – but this is deemed to be necessary in order to protect Londoners’ lives by myself, London council leaders and by ministers.”