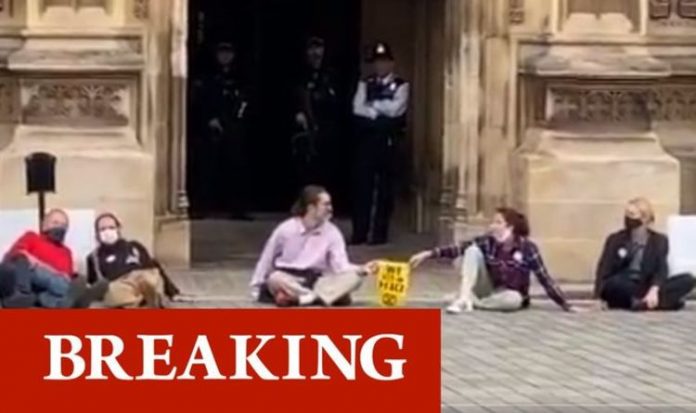 Extinction Rebellion latest protest has sparked chaos in Westminster after several activists from the climate change campaign group glued themselves to the ground outside Parliament. The activists blocked off “at least two entrances to Parliament” after gluing themselves to the ground, according to a reporter on the scene. LBC correspondent Rachael Venables tweeted that the entrance by the Parliament’s carraige gate had been blocked off.

Several arrests have been made, according to Reuters.

This comes after a renewed wave of protests from the Extinction Rebellion movement.

Protests in London and Manchester this week are aimed at pressuring the Government to prepare for a “climate crisis”.

On Wednesday, hundreds of supporters packed into Parliament Square as Boris Johnson headed into the House of Commons on Wednesday.