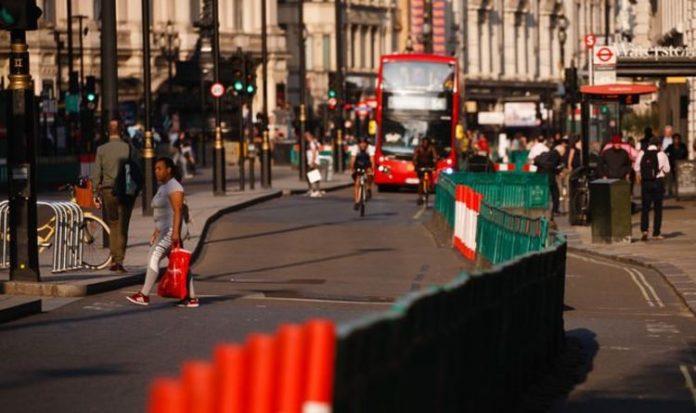 East London has been hit by a surge in coronavirus cases along with several parts of the capital amid Prime Minister Boris Johnson’s plans to introduce a two week social lockdown to the city to fight the invisible killer disease. London now has the highest rate of coronavirus admissions into intensive care and high dependency units across the UK.

The alarming news comes as Ministers are understood to be preparing to enforce a total social lockdown across much of northern England and London, which would see all pubs, restaurants and bars ordered to shut for two weeks.

Leader of Redbridge Council Jas Athwal called for an immediate ban on different households mixing in the most overcrowded areas to prevent the situation from getting worse.

While 123 people tested positive for coronavirus the week to September 24 in Barking and Dagenham, which has a rate of 57.8, compared to 70 cases and a rate of 32.9 in the previous week.

In the borough of Hillingdon where Mr Johnson serves as an MP for Uxbridge and South Ruislip, COVID-19 cases nearly double to 136 cases and a rate of 44.3.

It comes after London Mayor Sadiq Khan issued a call at the weekend for immediate action to stem the spread of the virus in the city, saying the capital was at a “tipping point”.

Mr Johnson’s government is said to be considering shutting down London and the majority of northern Britain to combat the second wave of COVID-19, according to reports in The Times.

Under the new lockdown measures being considered, all pubs, restaurants and bars would be ordered to shut for two weeks initially.

While households would also be banned indefinitely from meeting each other in any indoor location where they were not already under the order.

When quizzed over reports of another lockdown, Junior Health Minister Helen Whately said the country was at a really serious point and so COVID-19 had to be brought under control.

But she declined to say whether pubs would be closed.

She told Sky News: “We don’t want to bring on new restrictions but of course we keep a constant eye on what is going on with the COVID rate.

“We were looking at what we might be able to do.

“This is the moment when we have an opportunity – we have a choice for the country – to get this back under control.

She told the Today programme: “It is clearly early days. We have just changed this rule last week.

“We keep an open mind on what is the best way to go about it. The steps that we have taken, particularly with the 10pm curfew, is something that we have done in some places during the course of the summer where we saw localised outbreaks and hospitality being part of the picture.

“We are constantly learning and seeing what has the most impact but we clearly need to take a step because of what we have seen with the rates going up across the country.”