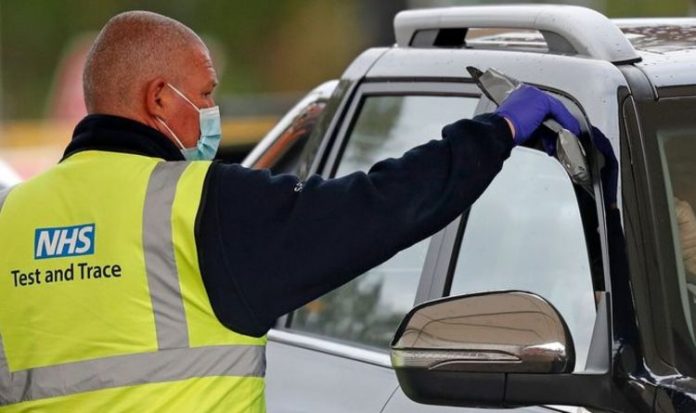 All 31 other London boroughs were trailing below the national benchmark despite fears so-called R – rate of transmission was above two in the capital.

Data shows Hammersmith had the second highest infection rate in London, with 219.8 cases per 100,000 in the same weekly period.

London was moved from Tier 1 – where national restrictions such as the rule of six and 10pm curfew apply – and into Tier 2 on October 17.

Under Tier 2 restrictions, members from two different households are barred from mixing in indoor settings.

Paul Hunter, professor of medicine at the University of East Anglia, has warned Tier 3 restrictions is “very much on the cards” for London.

Under Tier 3, people are banned from mixing in both indoor and outdoor hospitality settings.

Meanwhile, official documents released by the Government from a Scientific Advisory Group for Emergencies (Sage) meeting on October 8, showed experts warned the number of infections and hospital admissions is “exceeding the reasonable worst case scenario planning levels at this time”.

The document, which came just days before the three tier system oof restrictions were announced, said the number of deaths was also “highly likely to exceed reasonable worst case planning levels” within the next two weeks.

This afternoon, the Department for Health announced 24,405 new cases of coronavirus in the UK, with an additional 274 fatalities.