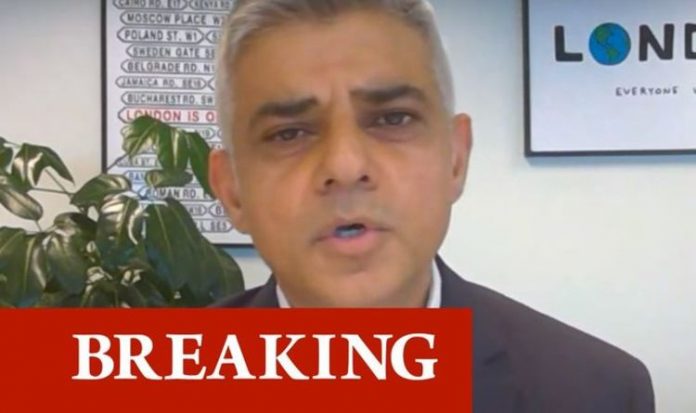 London mayor Sadiq Khan defended the latest tier 2 coronavirus measures about to grip the capital. While speaking on Sky News, he insisted it was important to have an exit strategy of the tier 2 lockdown to prevent the new measures staying indefinitely. The latest measures would prevent people from different households mixing in London however pubs and restaurants would still remain open.

Mr Khan said: “This virus passes on by people mixing and mingling.

“We know that because, as was predicted in September, we saw an increase in this virus as we saw schools return, as people returned from holidays and as people were socialising more.

“This time we give the Government by slowing the spread of the virus should give them time to sort out the test trace system.

“This would mean hopefully we come out of this at tier 2.”

Mr Khan acknowledged that some Londoners would be fearful that the city was going back into a total lockdown for months, similar to that in March.

He said: “It is worth reassuring your viewers in London that we are currently working with the Government on an exit strategy to get out of tier 2.

“It is called a deescalation process with public health colleagues to make sure we are not in tier 2 indefinitely.”

“I am really worried, particularly in the absence of the Government giving us the financial support we need, more and more businesses are on the verge of going bust.

He also strongly criticised the Government and their response to coronavirus.

He said: “Given how far the virus has been allowed to spread and given the Government’s complete failure to get a working test and trace system in place, I believe we need action on a national scale.

“This is just as the Government’s own scientific advisors have recommended.”