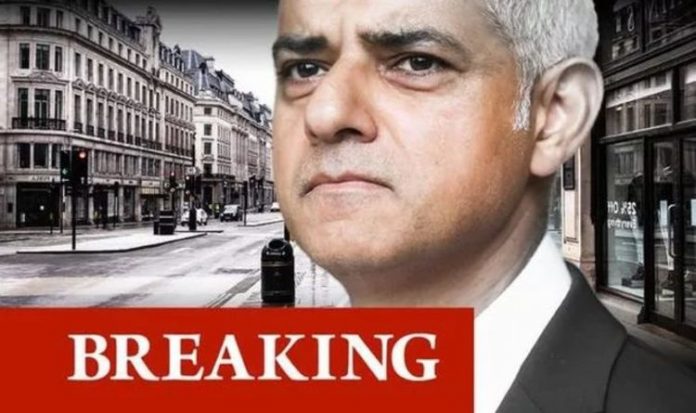 In a statement this morning, Mr Khan stressed: “Coronavirus is spreading quickly & widely across London, with the number of people hospitalised for the disease tripling in the past month.

“We can slow the spread of this virus if we don’t take risks. Follow the rules: wear a face mask, wash your hands & stick to the rule of six.”

It comes as the latest government figures show that London was noted as an area of concern by the UK Government with the average number of cases now 1,000 per day on average.

Mr Khan also said he had spoken to Health Secretary Matt Hancock alongside regional mayors from across England and claimed the test and trace system was “letting London and the country down”.

He said: “The delay in reporting nearly 16,000 cases and the tracking of their close contacts is the latest debacle from the Government’s disastrous test and trace system.

“London is at a very serious tipping point and with cases rising it’s essential that we have an accurate picture of the number of cases, and that their contacts are urgently told to self-isolate.

“Today I spoke to the Health Secretary, alongside mayors from across the country, and reminded him that a fully functioning test, trace and isolate system is the only way we will get a grip on this virus, prevent a further lockdown and be able to protect our economy.

“The litany of problems and failures with the system is letting London and the country down.”