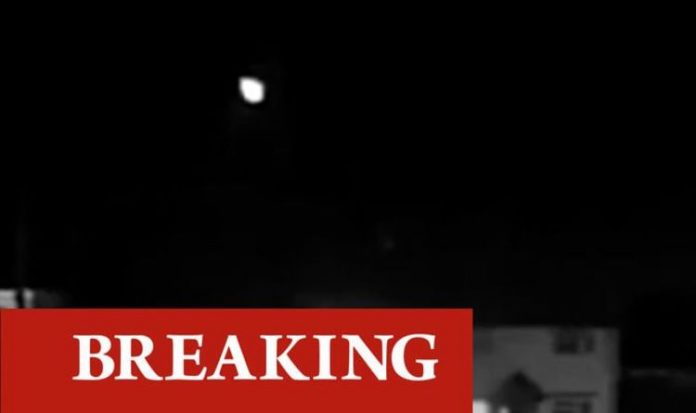 The flaming rock was seen shortly before 10pm with reports coming in from Scotland to the West Country.

Typically meteor’s travel across space at tens of thousands of miles per hour but burn up, producing a warm glow, if they enter the Earth’s atmosphere.

“I wasn’t quick enough with the camera sadly.”

One, taken by a doorbell security system in Milton Keynes, shows a bright flame moving across the night sky.

There were also reports on social media of the meteor being seen from other parts of the UK including Manchester and Rochdale.

The UK Meteor Network, which monitors meteor sightings in Britain, tweeted: “Looks like a lot of people in the UK and Ireland saw the 9:55 #fireball #meteor.

“The reports are flooding in, 120 so far and counting.

“From the two videos we saw it was a slow moving meteor with clearly visible fragmentation.”

READ MORE: Asteroid to come closer to Earth than the Moon this week, NASA shows