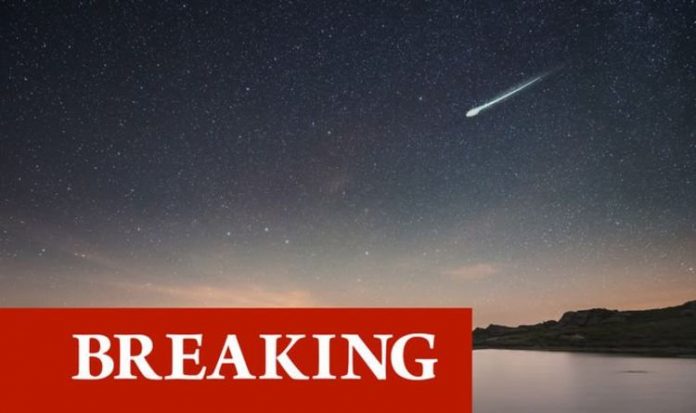 Reports have come in from London, Birmingham and Bath of scores of space rocks shooting across the sky. UK Meteor Network’s Twitter site account wrote: “We have received 60 fireball reports this evening.”

One of the eyewitnesses responded: “One of those reports is me – I honestly couldn’t believe my eyes! Most incredible thing ive ever seen it was like a firework. I’m so excited!!!”

Another wrote: “OK I might be going mad but I swear I just saw like… the brightest shooting star/meteor? Looked like a firework but was coming down from the sky?!?! Anyone else in London/Essex see something? Freaked me out.”

Another said: “Just saw a huge #meteor around 21:55 over Manchester. Very impressive.”

While a fourth said: “Anyone see the massive fireball meteor over Birmingham approx 9:50pm, UK tonight?”

A stargazer from Liverpool added: “Did anybody else just see that meteor that flew over the sky in Liverpool I thought I was seeing things absolute madness a fireball flying across the sky.”

Did you see the meteor shower over Britain tonight? Let us know where in the comments box below