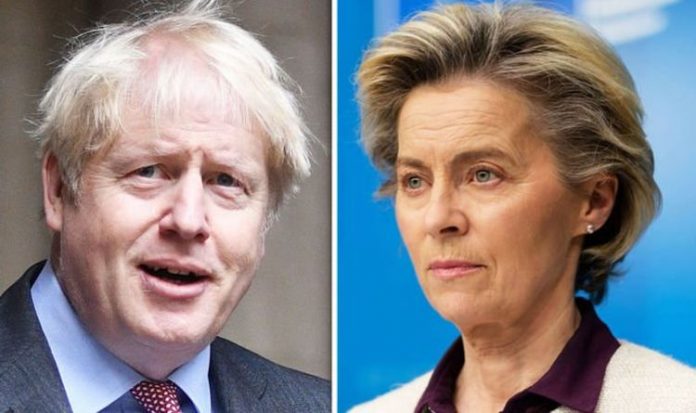 Andrew Weir was speaking after London Central Portfolio, of which he is chief executive, published its annual report, revealing among other things the Italian and French nationals represented the largest proportion of new EU tenancies in the company’s portfolio for the year, at 26.8 percent and 19.5 percent respectively. In total, people from the EU represented 43 percent of new tenants last year, underlining London’s enduring desirability.

Mr Weir told Express.co.uk: “It is easy to forget how attractive London is when we are in the midst of another lockdown.

“Most of us who moved here in our twenties, with the view that there was only one City we would contemplate living in.

“London has always felt plugged into the global mainframe, a place of considerable political and economic relevance. Many young people still view it this way.”

Referring specifically to the capital’s reputation as a global centre of commerce, Mr Weir said other European cities simply could not compete.

He explained: “The ancillary industries built up around the financial City are immense.

“These have taken decades to establish and are not immediately present or available in places like Amsterdam, Frankfurt or Dublin.

“Alternative cities in EU would also struggle to provide sufficient housing for employees.

“A city on the scale of London is not easily replicated overnight.”

Talented employees who could choose to live anywhere had historically been drawn to London because it offers world-class educational establishments, a global business language, GMT time zone and a liberal culture, Mr Weir said.

He explained: “London is immeasurably more diverse and cosmopolitan than other relatively conservative European capitals.

“The necessity to build a career, connect with others socially and enjoy the accepting, diverse, multi-national and liberal culture of the Capital is a huge draw for many people; something most Londoners will not grow out of or forget.

DON’T MISS
Joe Biden health fears: President seen coughing and spluttering [REVEALED]
Joe Biden mutters ‘God Save the Queen’ after US election in footage [VIDEO]
Biden mocked for being the ‘not-Trump President’ without an agenda [REACTION]

“Needless to say, some do hanker after a different lifestyle and different pace of life as they mature, marry and start a family; but this is not a new phenomenon.

“This has always been the case and a part of the vitality and self-rejuvenating nature of London.”

Even if large numbers of commercial businesses did become less sought after eventually, London has a long history of repurposing buildings for new and interesting uses, Mr Weird stressed.

London: New tenancies by country in the EU27 (Image: LCP)

He cited as an example Canary Wharf, which was once a thriving port – but which had been converted into a modern city-village with both residential apartment buildings and offices.

Additionally, Shoreditch, Clerkenwell and Wapping were now fashionable and desirable as places to live, Mr Weir pointed out.

He added: “Right across London we have all seen individual examples of buildings with varying degrees of aesthetic quality being repurposed.

Shoreditch is one of many transformed areas which are now highly fashionable, said Mr Weir (Image: GETTY)

“Everything from redundant telephone exchanges, public houses and post offices to cinemas, factories, BBC offices and power stations; the list goes on.

Even though such a concept would have been impossible to imagine going into 2020, Mr Weir said the pandemic and Brexit had simply accelerated a process which was already well underway.