All non-essential spending has now been frozen for 21 days as the council prepares for emergency cuts to stabilise its finances.

The Labour leader, Hamida Ali, said “difficult decisions” lay ahead but auditors have accused the council of “collective corporate blindness”.

A spokesperson for the Ministry of Housing, Communities and Local Government said: “Councils are responsible for balancing their budgets and it is right that Croydon council takes the necessary decision to manage its own finances.

“We’re aware of serious concerns around the council’s governance and risk management and the recent public interest report was damning about the governance within Croydon council, which have been entirely irresponsible with their spending and investments.

“That is why we have begun a rapid non-statutory review into the council to get the situation under control.

“The council has decided to issue a section 114 notice and we will consider the findings of the review which concludes later this month.”

Ms Ali – who only became Croydon’s council leader three weeks ago – also issued a statement admitting the council is “on track to spend more than we have”.

She said: “When I became leader of Croydon three weeks ago, I promised a new approach which tackles the problems the council is facing head-on.

“We need to be honest about the fact that, for a number of reasons, the council is on track to spend more than we have.

“The COVID-19 crisis and a decade of austerity have had a major impact on our finances but it’s clear the council has also made mistakes, and I am committed to fixing that.

“While we continue to work hard to find savings we must focus our spending on essential services and protecting our vulnerable residents.

“We’re not going to fix these problems overnight and there will be difficult decisions ahead, but I want to reassure local people that the council will still be here to support you.”

This week, the council said they were in discussions with Whitehall officials about potential government financial support.

This news comes just weeks after London Mayor Sadiq Khan demanded more than £29billion from the Government during its spending review over the next 18 months.

The Labour Mayor claimed the capital should be prioritised in the spending review and demanded £20.5billion for affordable homes and £5.65billion for Transport for London (TfL).

In October, Prime Minister Boris Johnson lashed out at Mr Khan claiming he “effectively bankrupted” TfL even before COVID-19 hit.

Speaking in the House of Commons, Mr Johnson said: “I must inform the honourable lady that the current mayor of London has effectively bankrupted TfL before coronavirus even hit.

“He left a massive black hole in its finances and any need to make up that deficit is entirely down to him.

“It is entirely his responsibility and any expansion of the congestion charge or any other measure taken to improve the finances of TfL are entirely the responsibility of the bankrupt current Labour mayor of London.”

According to figures published last month, Mr Khan has been accused of failing to deliver on another key election pledge.

Less than a third of homes Mr Khan started building in his first term have been completed, figures revealed.

But due to the outbreak of coronavirus, the Mayor of London has received an extra year to finish the goal.

A spokesperson for Mr Khan has claimed he is still on track to meet the target – despite demanding more funding from the Government during the pandemic.

Around 57,000 homes had started construction but just 16,7000 have been completed across the capital. 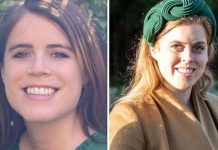 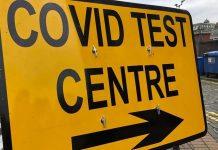