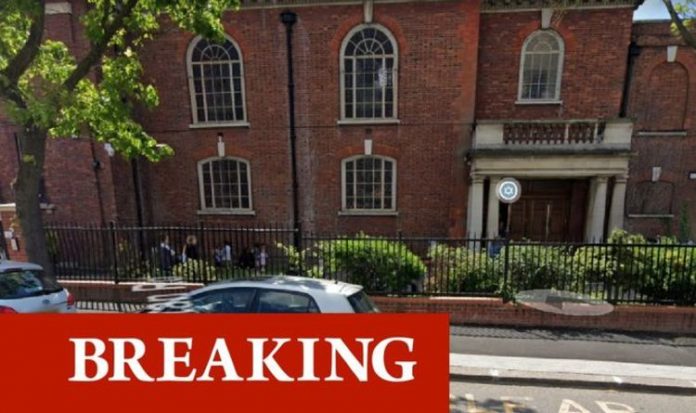 The Met Police were called to an incident shortly before 12.30pm at The Riding, Golders Green. Officers arrived at the scene to find a man with a vehicle, and the force said he is believed to have set fire to an object before being detained. In a post on Twitter, West Hendon councillor Alex Prager said the incident “appears to have involved a Molotov cocktail next to a synagogue on The Riding”.

The Met said no members of the public were harmed during the incident.

London Ambulance crews also attended the scene before being stood down.

The A502 Golders Green Road has been closed in both directions between The Riding and Powis Gardens.

A Met Police spokesman said: “Police were called at 12.28 to The Riding, Golders Green, to a report of a concern for safety.

“Officers attended and found a man with a vehicle. The man is believed to have set fire to an object before being detained.

“No members of the public or officers are believed to have been injured. Enquiries are ongoing.

“The man was arrested on suspicion of a number of offences.

A London Ambulance Service spokesman said: “We sent a number of resources, including an ambulance crew, a medic in a car, an incident response officer, and our hazardous area response teams.

“They are now starting to be stood down from the scene.”