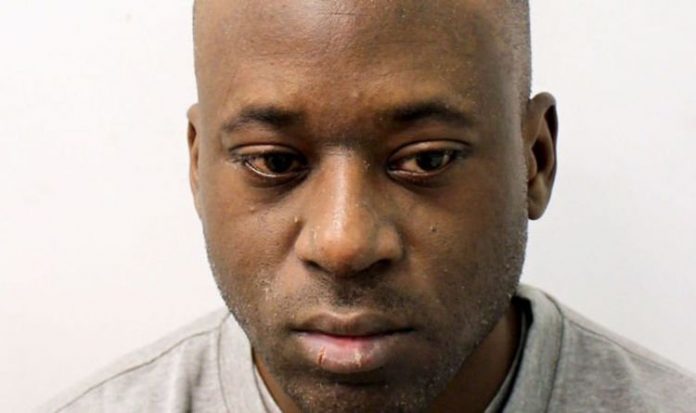 Mark Brazant, 44, stabbed the young mother seven times in the face and neck days after being released from prison in December. Josephine Conlon, 36, had been pushing her baby in a pram on Downton Avenue, Streatham Hill, south-west London when she was set upon by the crazed thug. Brazant had been freed from prison days before Christmas Eve and had gone awol.

At his trial, Brazant had initially denied seriously intending to injure Ms Conlon.

The jury had been discharged after failing to come to a verdict for over 40 hours.

However, Brazant from Ealing, west London changed his plea to attempted murder after the prosecutor called for a retrial on Thursday.

On his release from Thameside Prison, Brazant was to spend a year on licence after being found guilty of three charges of battery and one of common assault.

Although probation services show he reported to them, he was asked to return the following week after being sent to the wrong office.

However, he was soon reported missing after he failed to return to a supported house for people with mental health problems.

On December 30, the attacker armed himself with a kitchen knife before pouncing on his victim.

After crossing paths with Ms Conlon, he then proceeded to shove her in the back.

JUST IN: Tories are now so far to the left Keir Starmer has no-where to go

READ  Brexit news: Remoaner Anna Soubry welcomes Theresa May's soft-Brexit proposals | Politics | News - UK
“I realised I was being stabbed. I was screaming a lot because I was not in the road so I wanted somebody to hear me.

“I managed to get up on my feet and that’s when he turned and ran away.”

Stabbing Ms Conlon repeatedly, Brazant then told himself, “that’s enough, that will do”.

After screaming, neighbours soon came to her aid and called the emergency services.

She was discharged from hospital the next day but continues to receive treatment for her neck, face and back.

On January 2, Brazant walked into Wandsworth police station carrying a knife and admitted to stabbing someone two days earlier.

Brazant has a history of attacking lone women and has paranoid schizophrenia.

On medication at the time, he initially denied the charges of attempted murder and another of wounding with intent.

Brazant also carried out an attack in 2017 when he hit a woman at Lambeth North underground station with a crutch.

He will be sentenced on September 16 after changing his plea.