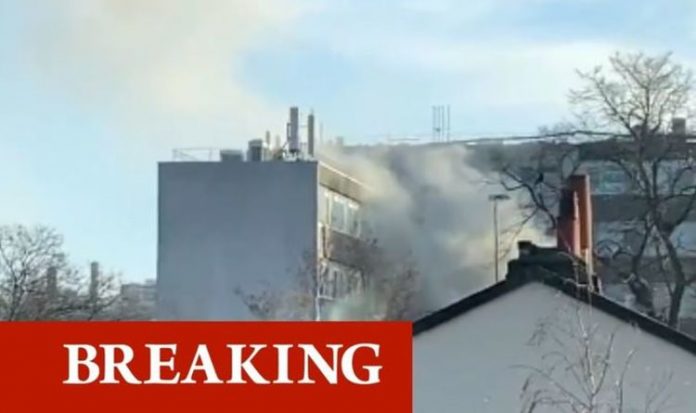 Video footage showed thick plumes smoke from near the hospital in London. Witnesses took to social media to describe fire engines rushing to the scene.

They wrote on Twitter: “Four fire engines and around 25 firefighters are attending a fire at the School of Dentistry at King’s College Hospital in Denmark Hill”.