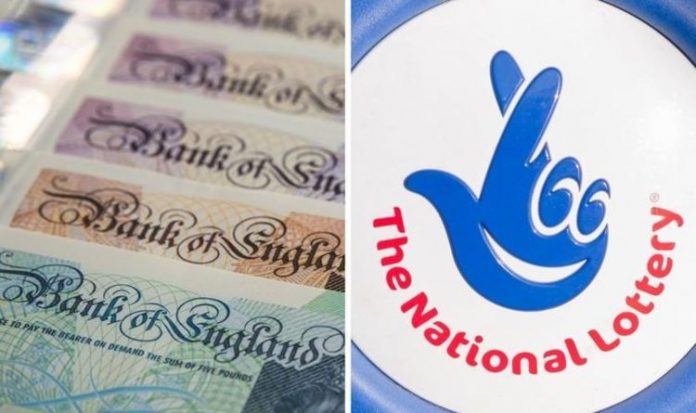 Tonight’s rollover comes to a cool £5.1million after Saturday’s draw found no winners. This means tonight’s jackpot is bolstered, meaning more cash is up for grabs in tonight’s Lotto draw.

The biggest amount ever won on the Lotto was in April 2016, when an anonymous and very lucky player won £35million.

In January of the same year, another won a whopping £33million – and as the saying goes, it could be you.

Could tonight’s results see you handing in your notice at the day job and running away with millions of pounds in the bank?

National Lottery said: “Making sure as much money as possible goes towards life-changing projects is incredibly important to us. In fact, it’s what we’re here for.

“For every ticket sold, a hefty slice of the money received goes to a huge variety of projects, both big and small – from repairing Scouts huts to making Olympic and Paralympic champions.

“So, every time you play, the UK wins.

“To date, National Lottery players have helped raise over £42billion for Good Causes, with more than 625,000 awards made across the UK – the equivalent of more than 220 lottery grants in the every UK postcode district.”

Lotto is the flagship game of the National Lottery, and is played by millions each week.

The National Lottery also runs a number of other games each week.
Other games you can play include Euromillions, Thunderball and Set for Life, as well as plenty of instant win games, which have recently been updated with a number of new additions.

There have been more than 5,700 new millionaires created since Lotto began.