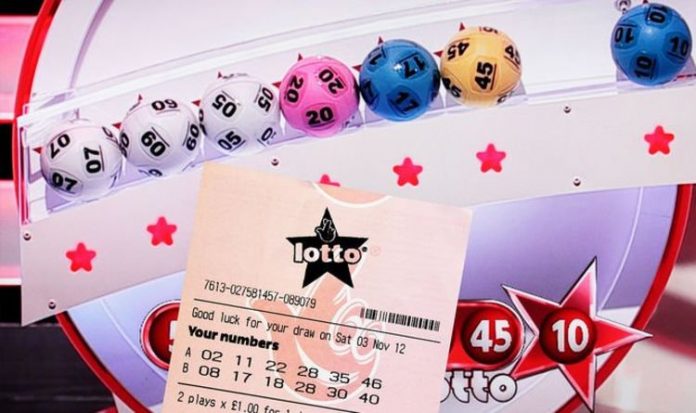 One lucky Lottery player could scoop a huge £7.6million tonight and have their life changed forever. Tonight’s draw is a triple rollover, meaning no winner has been declared for two weeks in a row previous to tonight. The Lottery proved to be a game changed when it was first introduced in 1994, going on to become Brits’ favourite game.

The National Lottery is the state-franchised lottery of the UK.

It was established in 1993 by John Major’s government with a mandate to fund “good causes” across the country.

The first license to operate the UKNL was awarded in 1994, just before the first game kicked off.

Today, the Lottery is played by millions of people in towns and cities across the UK.

Playing the Lottery is very straight forward and could change your life forever if you’re lucky enough to win a prize.

All you have to do is choose six numbers from one to 59, or go with a Lucky Dip, in which the numbers are randomly selected for you.

You can play up to seven lines of numbers on each play slip and buy up to 10 slips at a time.

Players can choose to enter the draw on Wednesday or Saturday – or both – and then the numbers of weeks you would like to play.

The National Lottery keeps just one percent of revenue as profit, with an estimated 95 percent going back to winners and society.

Britain’s Lottery is also one of the most cost-efficient in Europe, with only about four percent of total revenue being spent on operating costs.

To date, National Lottery players have raised more than £41billion for Good Causes, with more than 565,000 individual awards made across the country.

This equates to more than 200 Lottery grants in every postcode district in the UK.

What are tonight’s winning numbers?

The winning Bonus Ball is 47.

The winning Thunder Ball is 3.