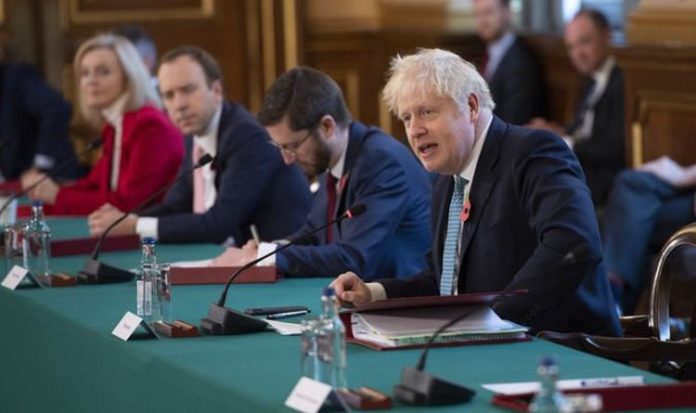 Shipley MP Philip Davies has detailed the graphic insults and threats he regularly receives in emails and has referred one threat to the police. One person wrote: “Here’s hoping you drop dead. We, never elected an out-of-touch **** stain such as yourself. Tory scum, **** you!” Another emailed: “you ****ing moron. I’m not a person who believes in heaven and god but for the first time in my life I’ve wished there was so that your sorry insipid soul could join the flames of hell. you [are] a traitor and a dishonourable piece of ****.” A third wrote: “Please get cancer tomorrow you monster.”

The revelations come in a week where Labour Barking MP Margaret Hodge posted on Twitter an appalling attack she had received.

In an article Mr Davies warned that the toxic language in politics could turn into violence referencing the death of Labour MP Jo Cox who was brutally murdered in 2016.

Mr Davies said: “I will never forget the moment I was told Jo Cox had been murdered. The awful shock and feeling of emptiness and disbelief.

“I genuinely fear, if we don’t do something soon, that awful tragedy will happen again.”

Referring to the threats he has received, he said: “Given the nature of threats I also received from another person, they are actually being brought in for questioning by the police. This is a shocking state of affairs.

“When I started out in politics – which isn’t that long ago in the scheme of things – political opponents would say “I disagree with you”. Now people will say ‘I disagree with you – and you are evil, I hope your children grow up to hate you and you die a horrible death.’

“I also want to add that this does not just impact politicians.  My staff are in the firing line too.“When it comes to politics, we shouldn’t mistake this for people being genuinely upset and angry.”

He warned: “This is different – it is coordinated and concerted abuse and a very deliberate strategy.

“They know what they’re doing and it has two purposes.  First, they want to discredit and smear their opponents so that people will not listen to them, respect them or vote for them.

“In doing that they serve the second clear purpose – to ensure that nobody else ever dares to speak out against their particular stance.”

He added: “The ”crime” of the person being subjected to said abuse is simply to hold a different view to the keyboard warriors. Smears, lies and fake posts have become common place – all done to try to silence political opponents.

“I know for a fact that many politicians hold back from saying what they really believe and simply say and vote for what will give them the easiest ride from the social media warriors.

“What on earth is the point of a democracy if we are all only allowed to have one opinion – the one imposed on us by the unelected thought police on places like Twitter?”