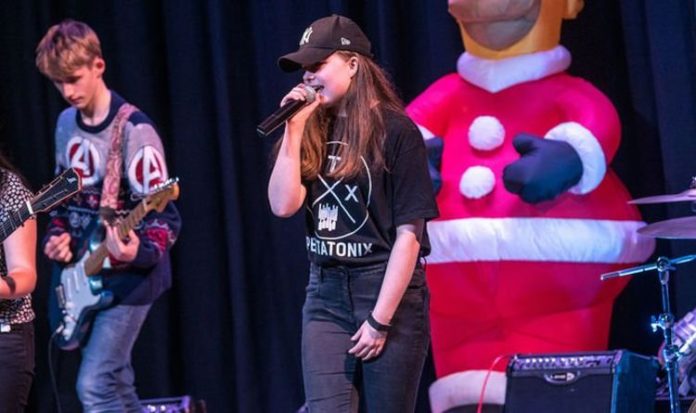 As revealed exclusively by the Daily Express, the youngsters from LS18 Rocks have recorded a modern take on the famed 1980 Christmas number one. Lead singer Abby Warner, 14, wrote the song and recorded it with her music school friends.

She said: “I miss my grandparents so much. They’ve heard the song and it made them cry. We just want them to know how much we love them…

“I’ve not been able to see one set of grandparents since February and the other set, who live fairly close by, since August.”

Abby made the song – Virtual Hugs (There’s No One Quite Like Grandma) – and video with fellow members of the Leeds-based rock school.

The children are as young as six. Profits will go to a charity helping to combat loneliness among the elderly.

Having recorded the song themselves the youngsters asked their grandparents to film clips which they have used to make a heart-tugging video.

Bass player Oli Jeeves, 12, said: “All I want for Christmas is to be able to hug my grandparents but it doesn’t look like it’s going to be possible.

“Making this record and sending a virtual hug is the next best thing.”