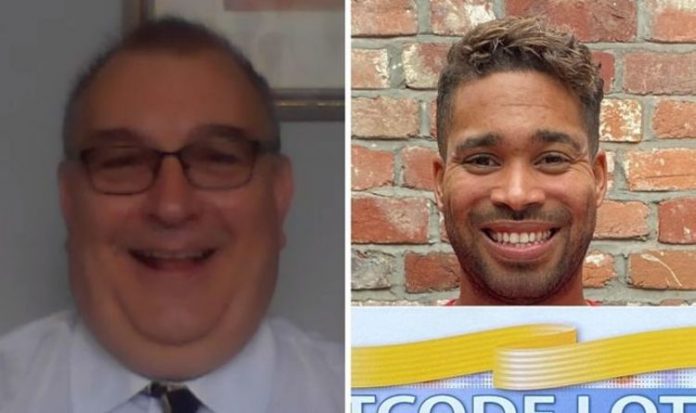 Thrilled Graham Forrester has gone from life-saving surgery to a life-changing fortune after winning a share of £180,000 on People’s Postcode Lottery.

The dad-of-five has recently been recovering at home following a heart bypass operation.

But that didn’t stop him jumping around the living room after being told of his £30,000 split of the windfall.

The 56-year-old said: “I was in the house with my son Lloyd, who is disabled and non-verbal, and I was jumping about the living room and Lloyd was just looking at me like I was completely mad. There’s a sense of it being unreal.

“This is a life changing amount for me and will make a tremendous difference to me and my family.”

Autism care worker Graham was among five neighbours from East Kilbride, Scotland, who shared a £180,000 jackpot win – with one neighbour landing £60,000 for having two tickets.

Thrilled Graham, who has five children and two grandchildren, said the win couldn’t have come at a better time.

Once it’s safe to do so, he plans to take wife Ellen and the rest of the family on dream holiday.

He added: “I was feeling quite poorly in November so I went to the hospital for a check-up and discovered I needed a heart bypass. I had my surgery the week before the hospital closed for non-essential surgeries. If I hadn’t got it then I would still be ill and virtually housebound so I feel I’ve really been quite lucky and this is just the icing on the cake.”

People’s Postcode Lottery costs £10 a month and there are guaranteed winners every day. People play with their chosen postcode and are automatically entered into all draws.

And it’s not just players who win with People’s Postcode Lottery – good causes win too. With a minimum of 32% from each ticket going to charity, players have raised more than £500 million for thousands of charities and good causes.

People’s Postcode Lottery ambassador Danyl Johnson spoke to Graham over Zoom. He said: “It was pleasure to meet Graham virtually and hear about the plans he has for his win. I hope he and his family can enjoy their well-deserved break when they manage to jet off.”