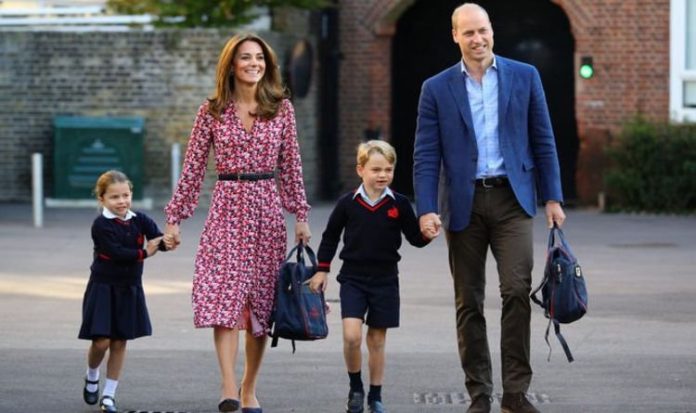 Prince George, 7, and Princess Charlotte, 5, are now just a matter of days away from returning to their studies at Thomas’s Battersea. George will be entering into year three, meanwhile, his younger sister Charlotte will be starting year one at the prestigious London private school.

The young royals are believed to enjoy attending the school for children aged 4-11 and is situated just 15 minutes away from their Kensington Palace home.

Prince George had been due to leave the school in just four years’ time and Charlotte in six, but plans have been announced create a secondary school next door.

The royal children will have the option to study at Thomas’s senior school when they turn 11-years-old – meaning the siblings could be educated at the same institution until they are 18-years-old.

A new prospectus of the school, which will open in 2021, reveals students will have the option to study a number of exciting new subjects, including mindfulness, citizenship and inspiring living.

The prospectus reads: “Thomas’s Battersea Square is a co-educational school for students aged 11 to 18.

“It offers a world-class, progressive education which is forward-thinking and outward-looking, with values at its heart.

“Our aim is to prepare students superbly not only for the next phase of their education, but also for their lives which lie beyond.

Kate and William have had the unenviable task of home-schooling during these unprecedented times.

During an appearance on ITV’s This Morning, Kate gave a rare insight into family life and revealed George had been trying to do his sister’s school work.

The Duchess of Cambridge said: “George gets very upset because he wants to do Charlotte’s projects.

Meanwhile, as George and Charlotte remain in primary education they will not be subjected to the new face-covering rule, which currently only applies to secondary schools.