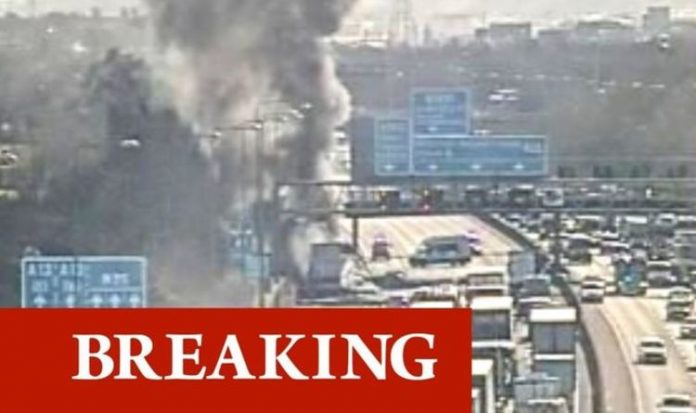 Traffic is being stopped just before junction 30 on the clockwise route of the motorway while emergency services deal with the incident. Pictures of the scene show huge plumes of smoke rising above the lorry which appears to be in the left lane.

Lorries, vans and cars can be seen queueing behind the blaze.

Essex Fire Service tweeted: “Crews from Grays, Brentwood and Basildon are at the scene of a lorry fire on the clockwise M25 just before Junction 30. We will bring you more information as soon as it is available.”

Witnesses reported that an air ambulance was circulating overhead and looking to land.

Another wrote: ” It circled a few times then stood down.”