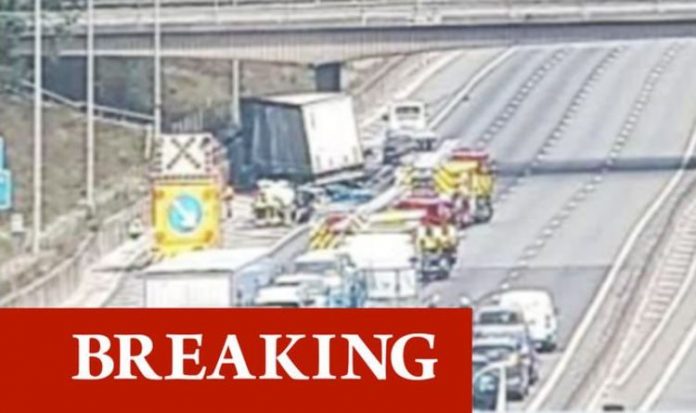 Traffic on the M25 is currently being held in the anticlockwise direction at junction 29 after a lorry struck a bridge. Emergency services including the police and an air ambulance are in attendance. The incident has blocked three lanes of the motorway with tailbacks to the Queen Elizabeth II Bridge.

There are no reports of any injuries at this stage.

Essex travel news wrote on Twitter: “M25 anticlockwise – Three lanes blocked by an accident involving a lorry prior to J29 (A127).

“Lorry has struck the over bridge all emergency services are on the scene.

“Traffic queuing back to the QE2 bridge.

“Police have now opened one lane past the scene.”