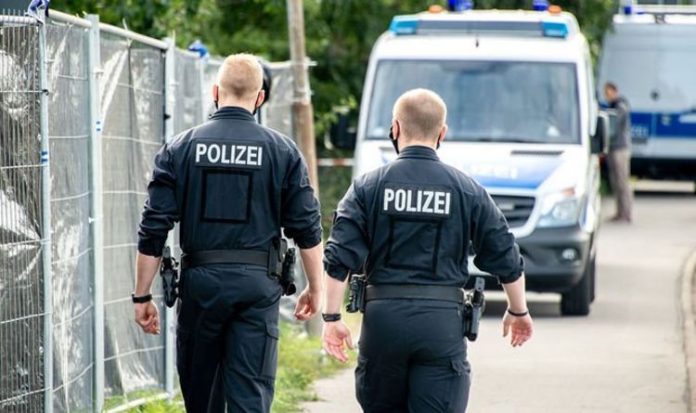 Since Wednesday morning, police have been searching a property in the town of Laatzen in Hanover, German newspaper Neue Presse reports. It is understood sniffer dogs were involved during the operation.  Investigators in Germany announced they had a new prime suspect in the case in July.

Since then the force has searched a number of properties including an allotment garden and an old cellar.

Madeleine McCann disappeared more than 13 years ago during a family holiday to Portugal.

Madeleine was just three-years-old when she went missing from an apartment in Praia da Luz on the evening of May 3, 2007, while her parents dined with friends at a nearby tapas bar.

Earlier this summer Christian B, 43, was identified as a suspect in the case, during a fresh appeal by German and UK police.

Police said the convicted sex offender who is in prison in Germany, is believed to have been in the area where Madeleine was last seen.

Metropolitan Police have maintained the case remained a “missing persons” investigation in the UK.

The force added there was no “definitive evidence” as to whether Madeleine was alive or not.