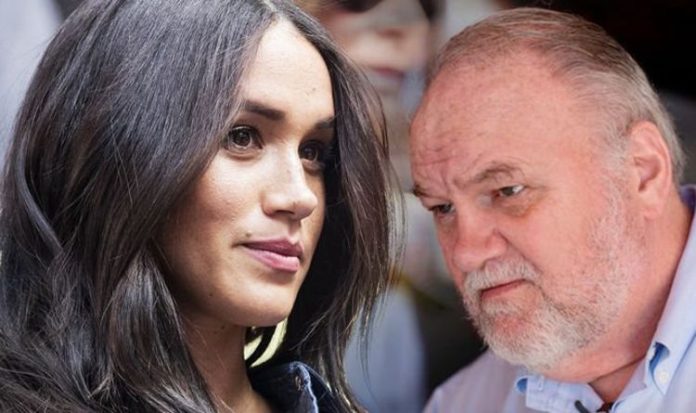 Meghan’s estranged dad has not been told why her daughter’s privacy court case has been pushed back to autumn next year, High Court judge Mr Justice Warby said. In a heavily redacted three-page judgement made public today, the senior judge said: “The evidence before me included not only an account of Mr Markle’s situation and health but also an account of his views and feelings about a possible delay to the trial. But it was not suggested that his feelings on that matter should guide my decision. Rightly so, and particularly so when – as Ms Hartley makes clear – he has (quite rightly) not been told the confidential basis for the adjournment application.”

Liz Hartley, mentioned by the judge in his statement, is Associated Newspapers’ group editorial legal director.

In the judgement, Mr Justice Warby discussed how important Mr Markle would be as a witness at the trial and whether his deposition needs to be in person.

Noting Ms Hartley described Mr Markle as an “important witness”, the judge said: “I had wondered quite how important Mr Markle’s evidence really was to the defence case.”

The judge went on listing the two reasons given by Associated Newspapers’ lawyers on the importance of Mr Markle’s witness.

He then concluded: “At any rate, Mr Markle’s subjective thoughts and feelings do seem to be, on any objective view, a relatively minor aspect of the case overall.

“It is not suggested that Mr Markle’s evidence on those topics is an essential component of the defence case.

“More importantly, as Mr Mill QC [one of Meghan’s representatives] has observed, there is no suggestion that Mr Markle would not be available to give evidence later next year.

“There is, in particular, no medical evidence suggesting that a delay would make his availability less likely.

“And the defendant accepts that it has a signed statement from Mr Markle.

“There is, I would add, no apparent impediment to the defendant taking a deposition or other form of independently recorded statement from Mr Markle in advance of the revised trial date, or to his giving evidence by video-link if not well enough to travel.

“Secondly, the evidence before me included not only an account of Mr Markle’s situation and health but also an account of his views and feelings about a possible delay to the trial.

“But it was not suggested that his feelings on that matter should guide my decision.”

In late October, Meghan successfully applied to have her privacy court case delayed.

Upon applying for the postponement, her representatives put forward confidential reasons given to the judge during a private hearing.

On October 29, Mr Justice Warby agreed on pushing the trial back at least until the beginning of “autumn 2021”.

The privacy court case was due to start on January 11 and last between eight to 10 days at the High Court in London.

Now, it is expected to take place at a date yet to be defined in autumn 2021. With autumn starting at the end of September, this means the trial has been moved back at least 9 months from January to start sometime after the send of September.

In January, however, the High Court will hear a summary judgement application by Meghan’s lawyers, during which they will try to end immediately the case by claiming Associated Newspapers’ defence has no prospect of succeeding the trial and therefore there is no need to go ahead with the trial.

Mr Markle had expressed his feelings towards a postponement of the trial to Ms Hartley, who reported them in a witness statement before the court in late October.

Mr Markle told the lawyer: “This case is causing me anxiety and I want to get it over with as quickly as possible.”

Mr Markle also told Ms Hartley he is suffering from a number of health conditions, before adding: “None of my relatives has ever lived beyond 80 years of age.

“I am a realist and I could die tomorrow.

“The sooner this case takes place the better.”

Meghan is suing the publisher of the Mail on Sunday, Daily Mail and MailOnline after its Sunday paper published in February 2019 extracts of a letter she sent to her father in August 2018.