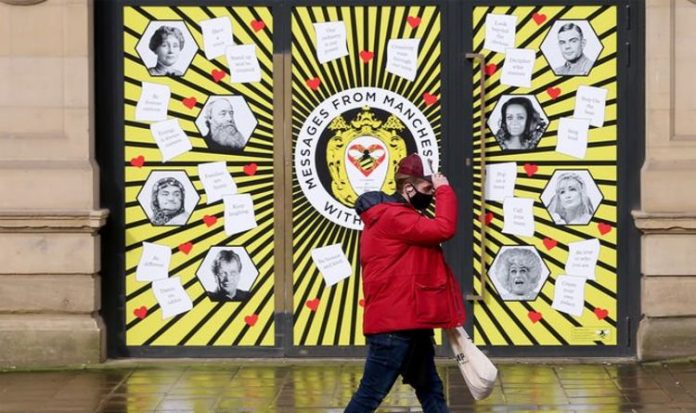 Dr Jeanelle de Gruchy, Tameside’s director of public health and president of the Association of Directors of Public Health, told the Manchester Evening News: “Generally our rates in Greater Manchester are coming down slower than other parts of the country and that is quite concerning because we’re still in lockdown.

“Some of our districts have actually gone up a bit, so Bolton, Bury, and now Tameside. The question is are we plateauing, are we hovering, or are we going back up?

“We don’t quite know yet, I think the trends are still emerging but if this is happening in lockdown we’d be really quite concerned about any easing of the measures.”

According to the Government’s Covid dashboard interactive map, Manchester reported 1,026 Covid cases in the seven days leading up to February 13, with a rolling rate of 185.6.

Efforts in Manchester to track down examples of the Kent variant of the virus are also being expanded, it was announced this week.

Surge testing will now be expanded to targeted areas within the M40 and M9 postcode districts as well.

But this week Greater Manchester mayor Andy Burnham repeated a warning to the Government not to relax restrictions too quickly.

He said: “It remains a very firm Greater Manchester view, that we should see a national phased approach. We do not want to see any return to the regional or sub-regional tiers which we do not believe worked, were confusing and divisive.

“Please let’s not repeat the mistakes of 2020, with new strains around.

Speaking at a weekly press conference Bev Hughes, deputy mayor for policing and crime, said 280 fixed penalty notices had been issued in the past week.

She said: “The police everywhere are feeling that there is a lot more resistance now to intervention by the police.

“If they are called to a house, the householders are reluctant very often now to let them enter to check on what is happening and I think that is going to be an increasing trend.”