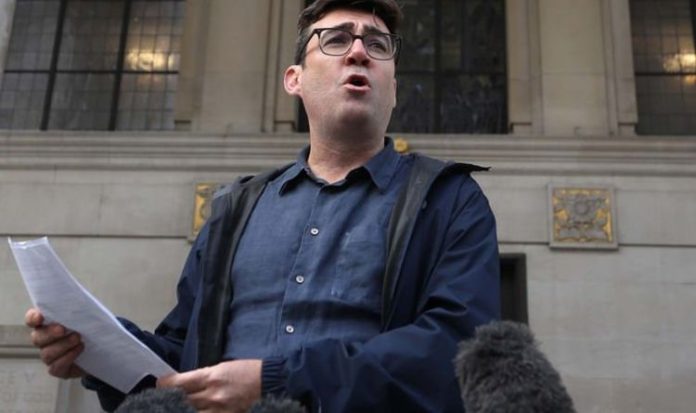 Manchester ranks among the worst affected areas in the UK in terms of COVID-19 cases, with a current infection rate of 424.7 per 100,000 people. Rates have notably started to climb down in recent days, but the area remains under threat both from reduced hospital capacity and further economic chaos under Tier 3. Boris Johnson has previously warned Mr Burnham he faces having restrictions “imposed” on his region should protests persist.

When is the deadline for a Tier 3 agreement?

The Government has spent the best part of a week locked in negotiations with Andy Burnham and leadership in Manchester to reach a lockdown agreement.

Mr Burnham and other local leaders have demanded further economic support for businesses which would end up severely impacted by restrictions, while Westminster hopes to contain the city.

While both sides have signalled some progress, neither has reached a compromise.

READ MORE: Burnham admits Manchester will back down if Boris orders tier lockdown

But Mr Jenrick stopped short on stating whether the Government would plunge Manchester into Tier 3 restrictions.

He said a decision such as this is “a matter for the Prime Minister to decide”.

Leadership in the region remains hopeful they could strike a deal in the remaining allotted time but said they would have little choice but to comply with a Tier 3 lockdown.

Sir Richard Leese, leader of Manchester City Council, said officials would “clearly need to comply” with the orders from Westminster.

Downing Street’s urgency to reach a deal comes as it said it believes COVID-19 would overwhelm Greater Manchester’s intensive care capacity by November 12.

But Mr Burnham and Sir Richard have decried “selective” use of statistics by the Government, adding current occupancy is “not abnormal” for the time of year.

They added in a joint statement: “Also, providing information about individual hospitals does not reflect that our hospitals work as a system to manage demand. We are not complacent about the position in our hospitals and are monitoring the situation closely.

“But in the current situation, we believe it is essential that our residents are given clear, accurate information about the state of the NHS in Greater Manchester and that public fears are not raised unnecessarily.”