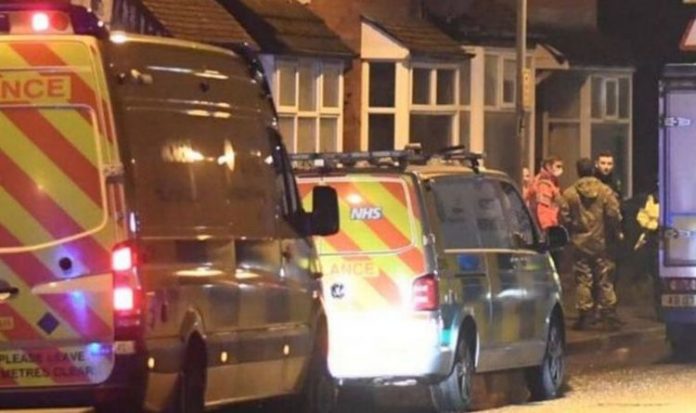 Greater Manchester Police (GMP) have erected a large cordon around the area of interest while specialist teams seek to examine the potentially explosive device. Police and firefighters have also swarmed the section of Ashton Canal where the device was spotted. A spokesman for Greater Manchester Fire and Rescue Service said one engine was sent to the scene.

GMP said it was found at around 2.40pm today.

Photos from the canalside show a firefighter and a paramedic talking to a team of what appears to be bomb disposal experts.

An “RLC Bomb Disposal! van can be seen nearby.