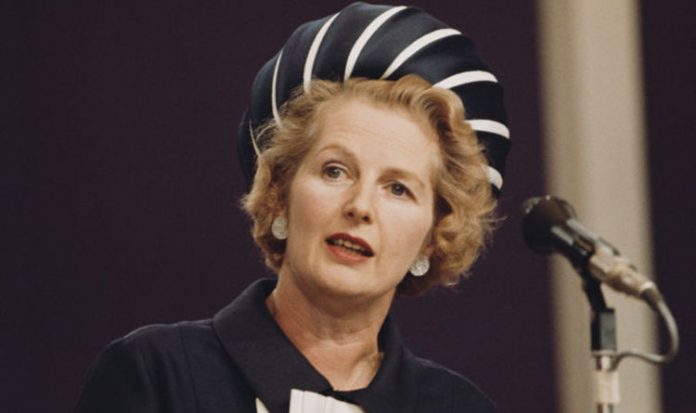 Documents released by the National Archives in Kew have revealed just how the Iron Lady got through the day, and it is thanks to her Jaguar Daimler car.

Mrs Thatcher liked to nap in the back of her official vehicle.

But aides were so worried the former Prime Minister could suffer an injury if the Damiler was forced to break they had a custom-built headrest fitted to protect her.

In September 1986, Downing Street official Bob Kingston wrote to her private office: “I am concerned that, when the PM dozes in the official car, the design of the headrests is such that, far from supporting her head and neck, they cause her head to drop forward.

“She agreed to the matter of a better design of headrest being pursued.”

This is because he had a knee injury and found the car too cramped.

The Rovers used by the Government Car Service were “definitely more roomy” and Mr Major was intrigued in a “stretched” version.

Gavin Thompson at Jaguar Daimler wrote to an MP to warn it would deal a “catastrophic blow” to the company.

Rolls-Royce offered Number 10 three Bentley Mulsanne S at a “nominal” price of £10,000 each.

But the offer was not accepted because of concerns over Mr Major’s down-to-earth image being tarnished.

In 2010, the period in which secret documents become publicly available reduced from 30 to 20 years.

There are now two releases a year, until the schedule is up to date.

Thousands of documents are available to the public via the National Archives in Kew.