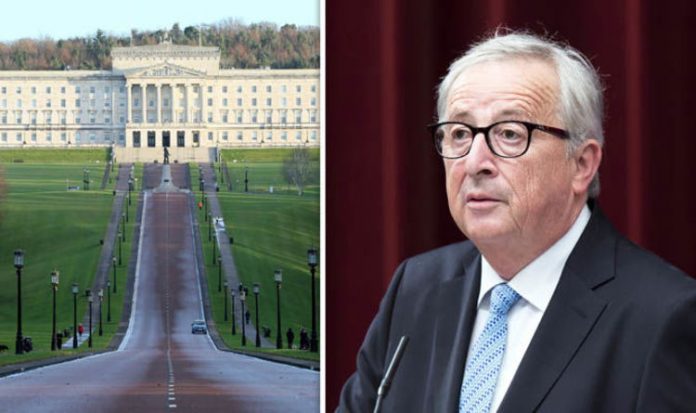 Mr Hayes urged Ireland to seek an exemption on rules set by European Union regarding procurements to award contracts for public works and the purchase of goods and services.

Blaming “Brexit uncertainty”, he said some Irish business sectors would suffer from an “added burden” if they had to compete with other EU competitors.

He said: “As each day passes, the Brexit uncertainty gets more and more extreme.

“Those caught in the worst of the crossfire are Irish businesses that suffer from things like currency devaluation, economic uncertainty, distorted trading patterns and increased competition.

“Certain Irish industries are acutely feeling the Brexit squeeze already and the added burden of having to compete with other EU competitors, many of whom can provide services on a cheaper basis, could make some businesses unviable.”

EU procurement rules demand each government opening a tendering process to let also all EU companies to take part to it.

This wide competition is seen by Mr Hayes as too dangerous for the survival of some sectors, including construction, energy and transport.

Saying there are rules in place allowing governments to exempt certain markets “subjected to competitive pressure” from the EU procurement, the MEP added: “We need to provide every support possible to such businesses with Brexit acting as a major impediment to the growth of Irish SMEs.

“Ireland’s public procurement market is worth €12 billion and serves as a crucial platform for a large number of Irish jobs.

“The Commission have received 34 exemption applications up to now and Ireland has never made an application. That means we are in a good place to seek such an exemption.

“Some countries rely heavily on exemptions to protect certain sectors.

“Italy, for example, has sought six exemptions, Austria has sought four and the UK has sought three.

“Part of Ireland’s contingency planning on Brexit must be about preparing our indigenous businesses and ensuring that they have the best possible conditions to prosper in these uncertain times.”

The call for help comes as Brussels told EU member states to ramp up their contingency plans for a no-deal Brexit.

The head of the European Union’s civil service Martin Selmayr prepared a 15-page document where he stated there is “no certainty” an agreement between London and Brussels will be reached, prompting the EU27 to get adjust to the UK exit.