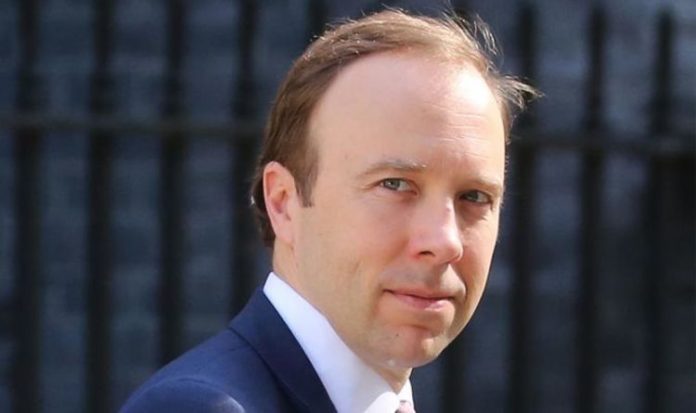 Matt Hancock launched the new National Institute for Health Protection, a new body which will respond to health threats including infectious diseases, pandemics and biologic weapons on Tuesday. The new organisation headed by Tory peer Dido Harding will begin work immediately but will become formally operational next spring to reduce disruption during the pandemic, it was announced. Independent SAGE member Professor Martin McKee explained the practical problems with the new body.

Speaking to LBC, Professor McKee said: “It’s not clear that there has been any consultation with the devolved governments given that public health is a devolved responsibility.

“This pronouncement by the Secretary of State to a think tank should be taken at face value when he hasn’t actually spoken to Parliament.

“The practical problems which clearly haven’t been worked out are so enormous that what we eventually end up with could be anything.”

President of the Faculty of Public Health Professor Maggie Rae added: “There are a lot of unanswered problems.

“When I met Baroness Dido Harding she had the humility to admit that she wasn’t a public health expert.”

The organisation will merge the COVID response work of PHE, NHS Test and Trace and the Joint Biosecurity Centre in the “first step towards becoming a single organisation”, the Department of Health and Social Care (DHSC) said.

The Government has faced criticism over the prospect of breaking up the PHE – which was established in 2013 under Conservative health reforms – in the middle of a pandemic.

Ministers have also been accused of using PHE as a “scapegoat” for other failings in the crisis.

“External threats like biological weapons, pandemics and, of course, infectious diseases of all kinds.”

Mr Hancock said the new institute will play a role across the UK and be dedicated “to the investigation and prevention of infectious diseases and external health threats”.

He added: “It’s conceived amid crisis but it will help maintain vigilance for years to come.”

Mr Hancock said the system would learn from South Korea and Germany’s Robert Koch Institute, “where their health protection agencies have a huge primary focus on pandemic response”.