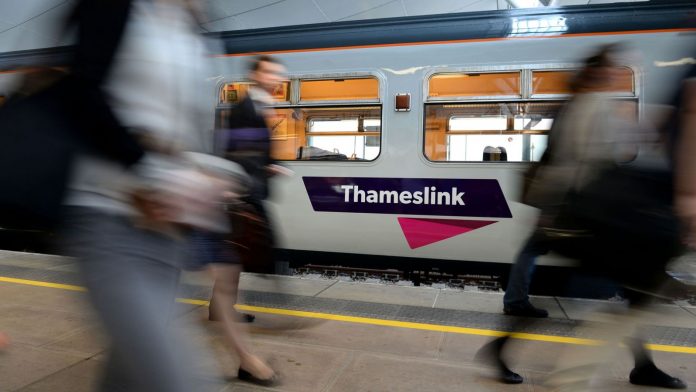 Theresa May has hinted Govia Thameslink Railway (GTR) could be stripped of its franchise if services provided by the beleaguered firm do not improve.

The prime minister told the Commons that recent rail chaos sparked by the introduction of new timetables in May has been “simply unacceptable”.

She said the Department for Transport was monitoring the situation, adding that if an emergency schedule intended to remedy the issues does not work out then “nothing is off the table”.

Last week, 14% of peak trains passing through London Bridge were cancelled, with almost 40% of services delayed.

Mrs May was responding to Conservative MP Oliver Heald, who said his North East Hertfordshire constituents have endured an “appalling service” recently.

He called for GTR to be stripped of the service if things do not improve and for a new operator to be brought in to “sort out this mess”.

GTR chief executive Charles Horton tendered his resignation last month, saying he recognised that passengers had been left hugely frustrated at the significant disruption caused by the introduction of new timetables”.

On Monday, rail firms took out a half-page newspaper ad to offer a “sincere apology” for the “ongoing problems”.

Thameslink and Great Northern, in partnership with the government-owned Network Rail, said the service “has not been good enough”.

“We apologise sincerely and unreservedly for the impact this has had on your daily lives,” the letter said.

A third new timetable will be introduced on 15 July and will be “more dependable”, with peak trains given priority to give “more certainty to plan your journeys to and from work”.

Amid reports at the weekend that the company was “drinking in the last chance saloon”, GTR chief operating officer Nick Brown wrote to staff saying “nothing has changed” and the firm was “continuing to work within the terms of our contract”.

GTR also issued a document giving employees a “clear summary of what has happened over the last two months”, including reasons for why delaying the introduction of the new timetable “was not an option”.