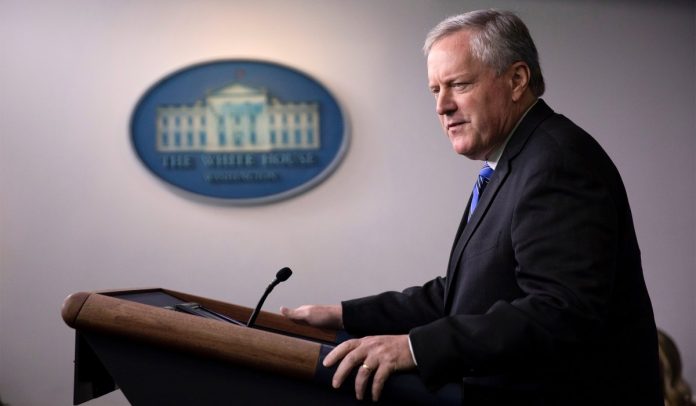 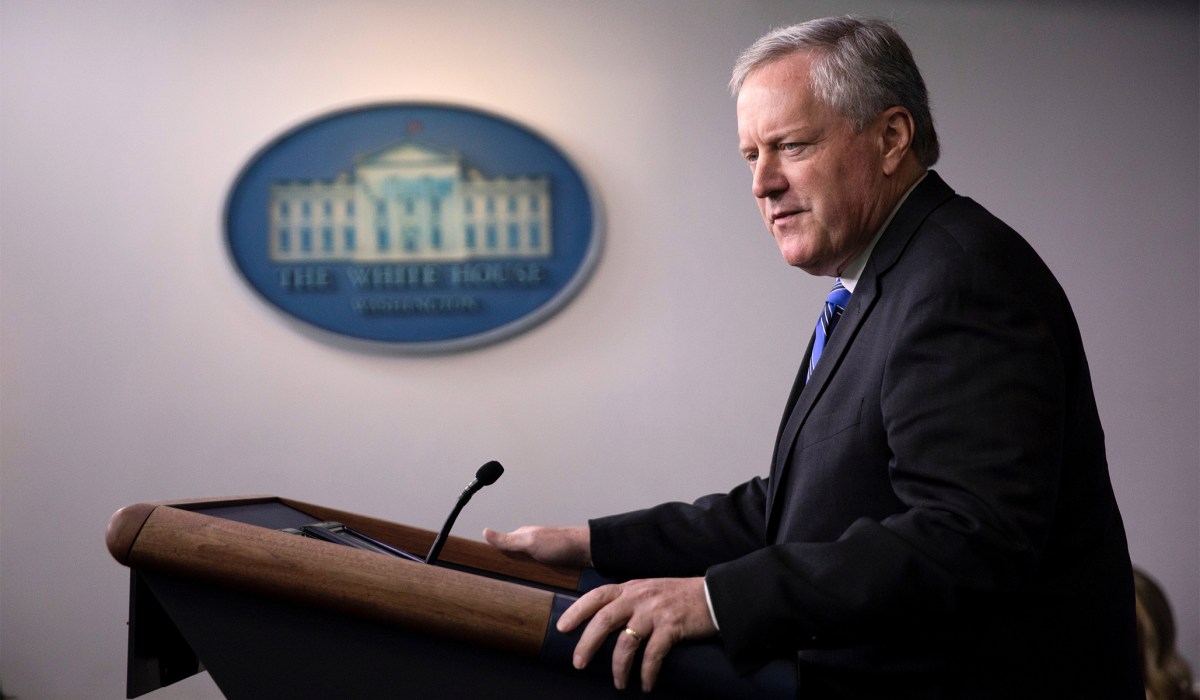 White House Chief of Staff Mark Meadows suggested Monday that President Trump will issue executive orders regarding another wave of coronavirus relief should negotiations with Democrats on another relief package fail.

“This president will do more in the next four weeks than Joe Biden and his team did in the last 40 years, so you just need to stay tuned because starting this week, you’ll see executive orders, you’ll see business that goes forward from the Oval Office,” Meadows said during an interview on Fox News.

Trump has said he plans to use his executive authority to prevent evictions and lower payroll taxes as the pandemic continues should lawmakers fail to reach a legislative solution due to what he has called “slow-rolling” by Democratic negotiators.

“A lot of people are going to be evicted, but I’m going to stop it because I’ll do it myself if I have to,” Trump said Monday at the White House. “I have a lot of powers with respect to executive orders, and we’re looking at that very seriously right now.”

Meadows and Treasury Secretary Steven Mnuchin met Monday with House Speaker Nancy Pelosi and Senate Minority Leader Charles Schumer, but both sides of the aisle are still “far apart” as far as reaching an agreement on the next round of economic relief, Meadows said.

Mnuchin has also discouraged the use of executive orders to address the crisis, Politico reported.

Senate Republicans have proposed a $1 trillion stimulus bill, which will be the fifth coronavirus relief package if passed by Congress. Democrats have pushed for more generous relief, including continuing the expanded unemployment benefits lawmakers approved in March, while Republicans have argued that some workers are receiving more in jobless benefits than they were being paid to work, creating a disincentive to go back to work. Democrats have also demanded increase aid for state and local governments despite Republicans’ objections.

READ  Martin Bashir: Why is he being probed on Diana Panorama interview? | UK | News (Reports)

“There are a long list of things that are needed, and the good news is our Republican colleagues agree with a few of them,” Schumer said.

After four months of lockdown and social distancing restrictions in states across the country, nearly 32 million Americans are out of work and receiving unemployment benefits. The next relief package comes as cases of the coronavirus explode in several southern and western states, forcing governors to close businesses that they previously allowed to reopen.