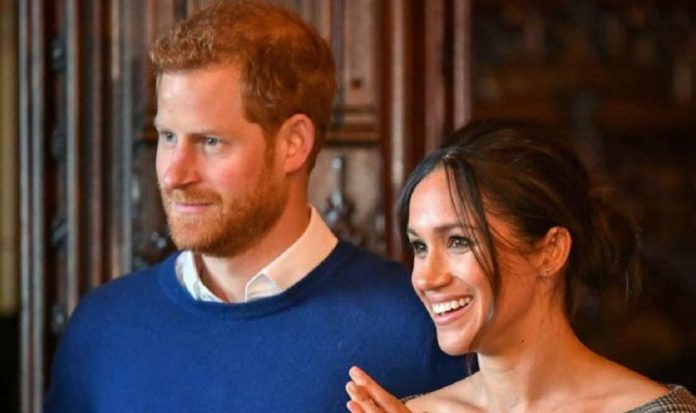 The Duke and Duchess of Sussex attracted fierce criticism over their decision to quit the royal family last year. They claimed they wanted to make their own way in the world and become financially independent from the Royal Family. This provoked outrage among royal supporters, many who accused Meghan and Harry of shirking their public duty.

However, the Daily Mirror journalist Darren Lewis believes that the younger generation stand full square behind the Duke and Duchess of Sussex.

He argues that “Generation Z” is fully supportive of Meghan and Harry’s desire to seek a life and future beyond the confines of the royal family.

Mr Lewis writes: “We adults still don’t get it – this current generation is rooting for Meghan and Harry.

“As the metaphorical battle lines take shape you have the older heads on one side, ensconced in the archaic idea of duty which is simply another word for control.

“They are the critics who see being a Royal as turning up when the Buckingham Palace roster demands it with your wife keeping schtum.

“On the other side are your kids, your grandkids.

“Generation Z who see the Duke and Duchess of Sussex as being completely on their wavelength.”

In the last few months, they signed mega deals worth millions of dollars with streaming giants Netflix and Spotify.

The couple have recently created further controversy, after disclosing they would be taking part in an interview hosted by the famous US chat show host, Oprah Winfrey.

Meghan and Harry are expected to spill the beans on the reasons behind their departure from the House of Windsor.