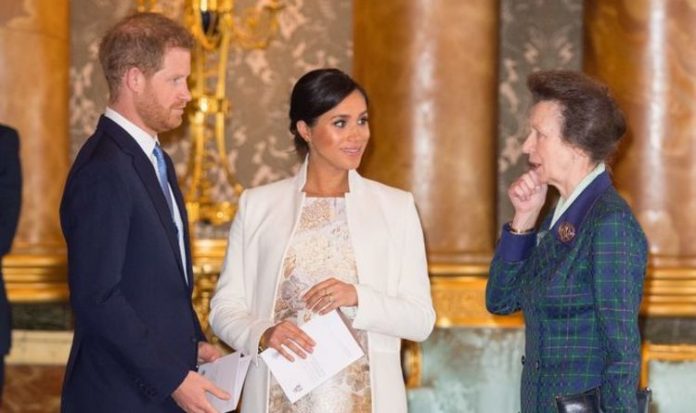 The Duke and Duchess of Sussex announced on Friday their decision to quit their royal roles permanently. The couple were due to attend a review of their royal departure, dubbed Megxit, in the UK this year.

The move was highly debated by royal fans, critics and supporters of the Sussexes across the world.

In a discussion on Good Morning Britain, royal biographer Tom Bower accused the pair of having a “victim-like approach”.

However, among those who welcomed the move was Queen Elizabeth and Prince Philip’s second child, the Princess Royal.

Speaking to Vanity Fair’s Katie Nicholl last year, Princess Anne admitted there could be “downsides” to being a member of the Firm.

”So I think that was probably the right thing to do.”

The Princess Royal, who is the 14th in line of succession to the British throne, had previously admitted the struggles of being a member of the Royal Family.

She confessed during a candid interview that, as a young royal, she felt she struggled to meet expectations of her.